This is a nice Tudor period silver-gilt betrothal/wedding ring, dating to the 16th century A.D. This ring was discovered at Muckton in Lincolnshire, Recorded with PAS (NLM-0123C1).

Renaissance lovers gave each other rings, and rings were used to mark betrothals and weddings, but among surviving rings, it is impossible today to distinguish these different uses. Such rings are generally called 'fede' (faith) rings. Rings showing clasped hands first appeared in Roman times when they represented a legal contract. Since the clasping of hands was part of the medieval betrothal ceremony, it is not surprising to find rings that can be attributed to the 'wedding ring' genre. Either way, it would be impossible to distinguish this ring as commemorative of love, betrothal or marriage. It is a fine example, robust and strong, ideal for daily wear!

PROVENANCE: discovered at Muckton in Lincolnshire, Recorded with PAS (NLM-0123C1) 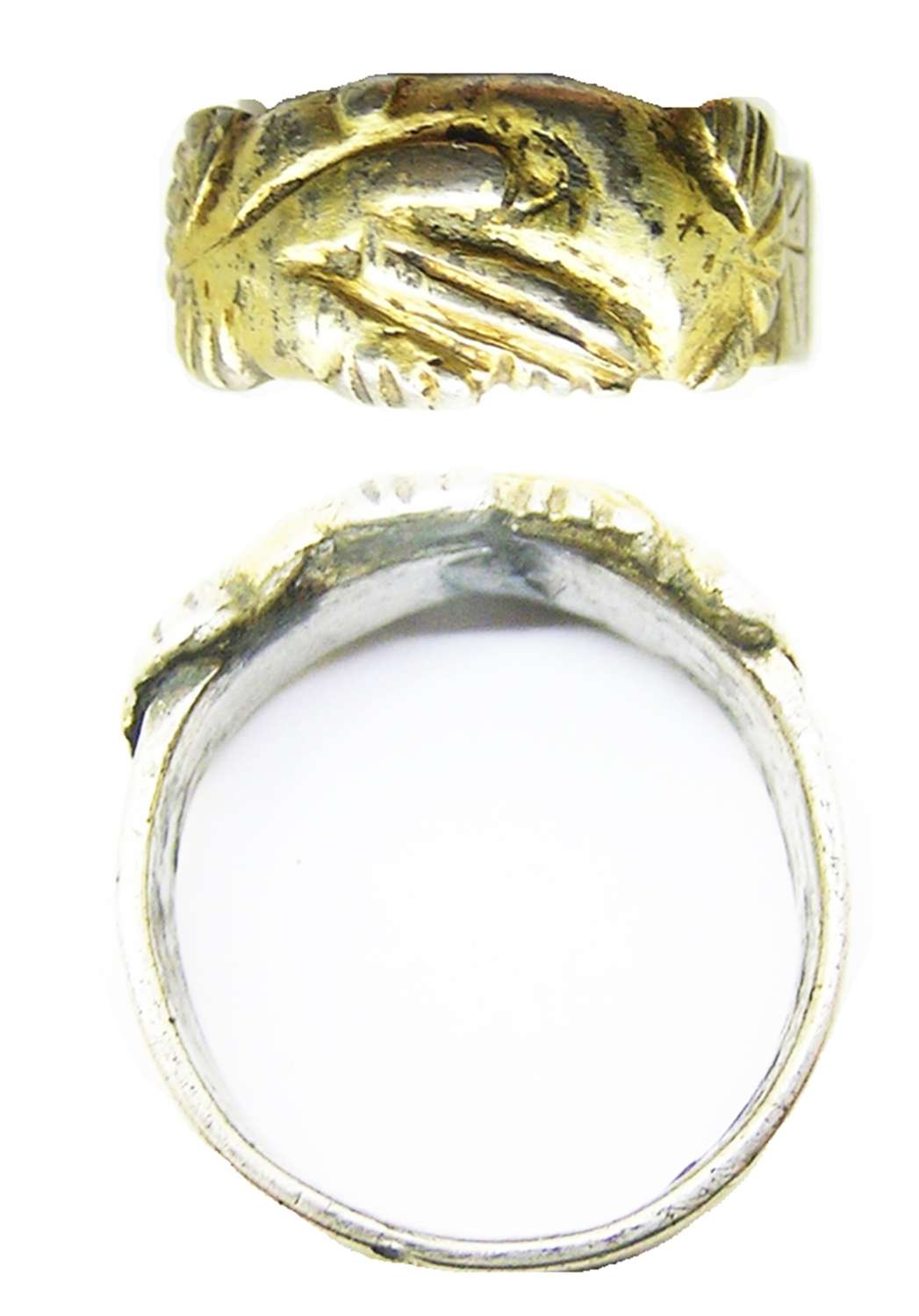 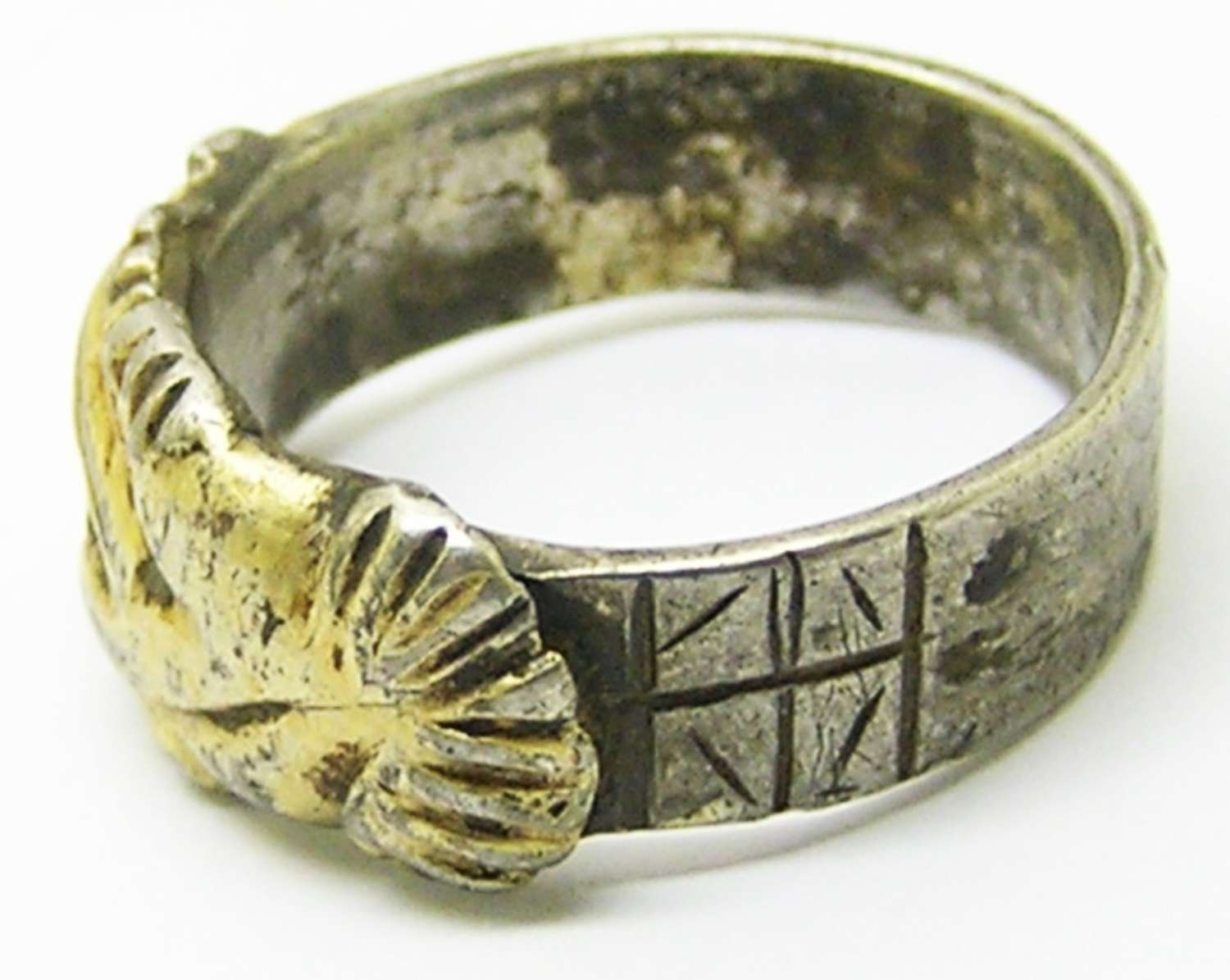 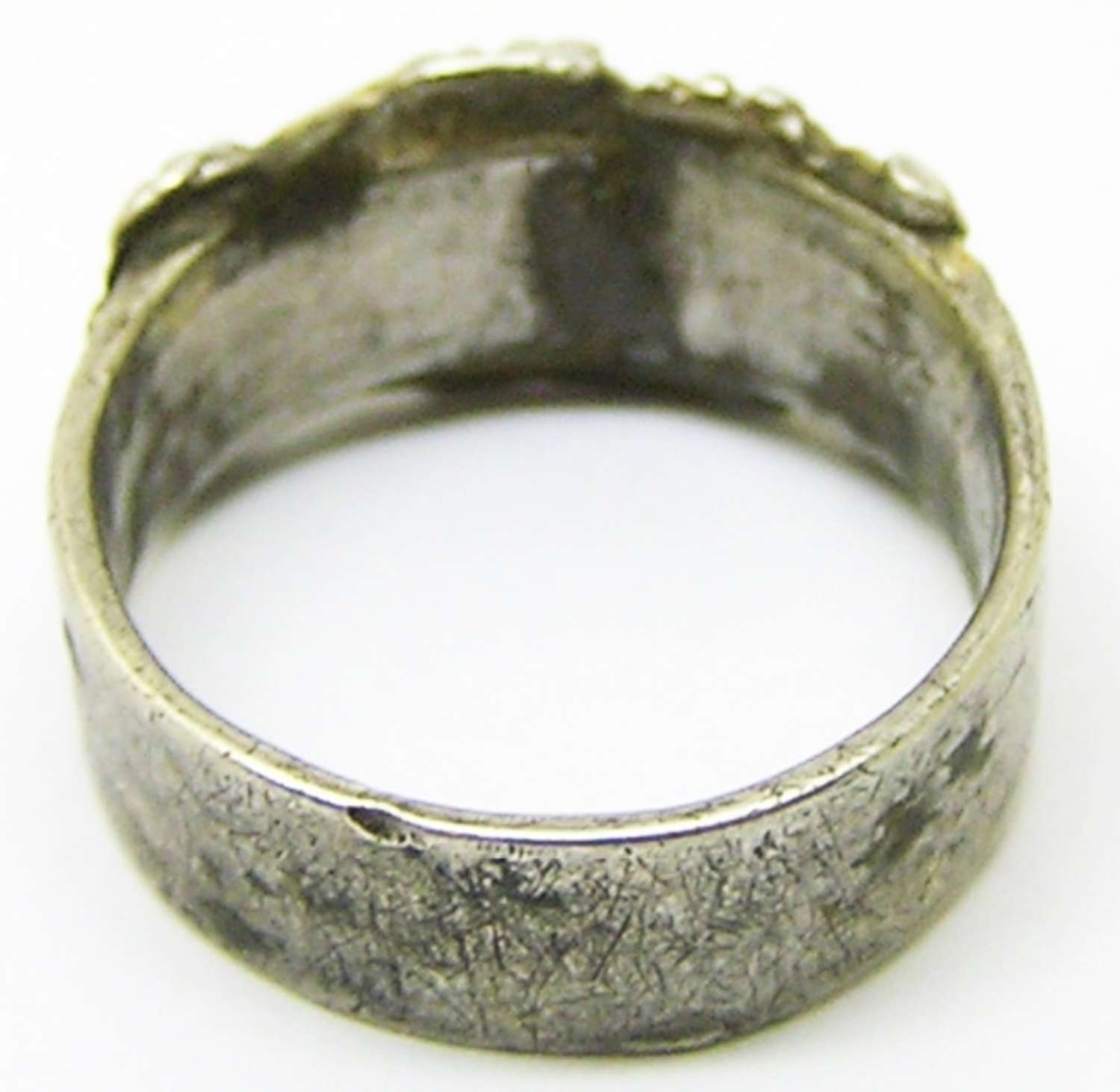 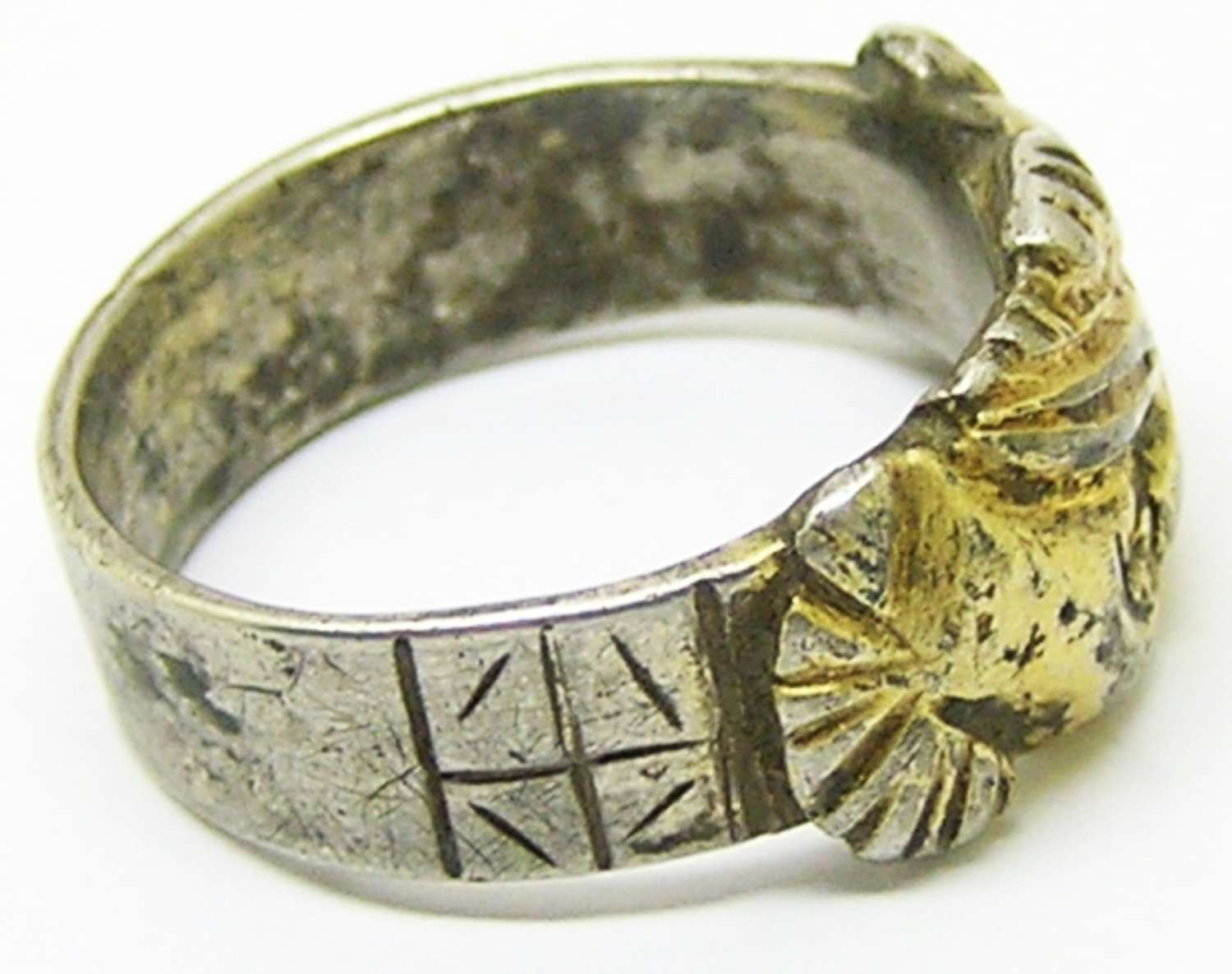 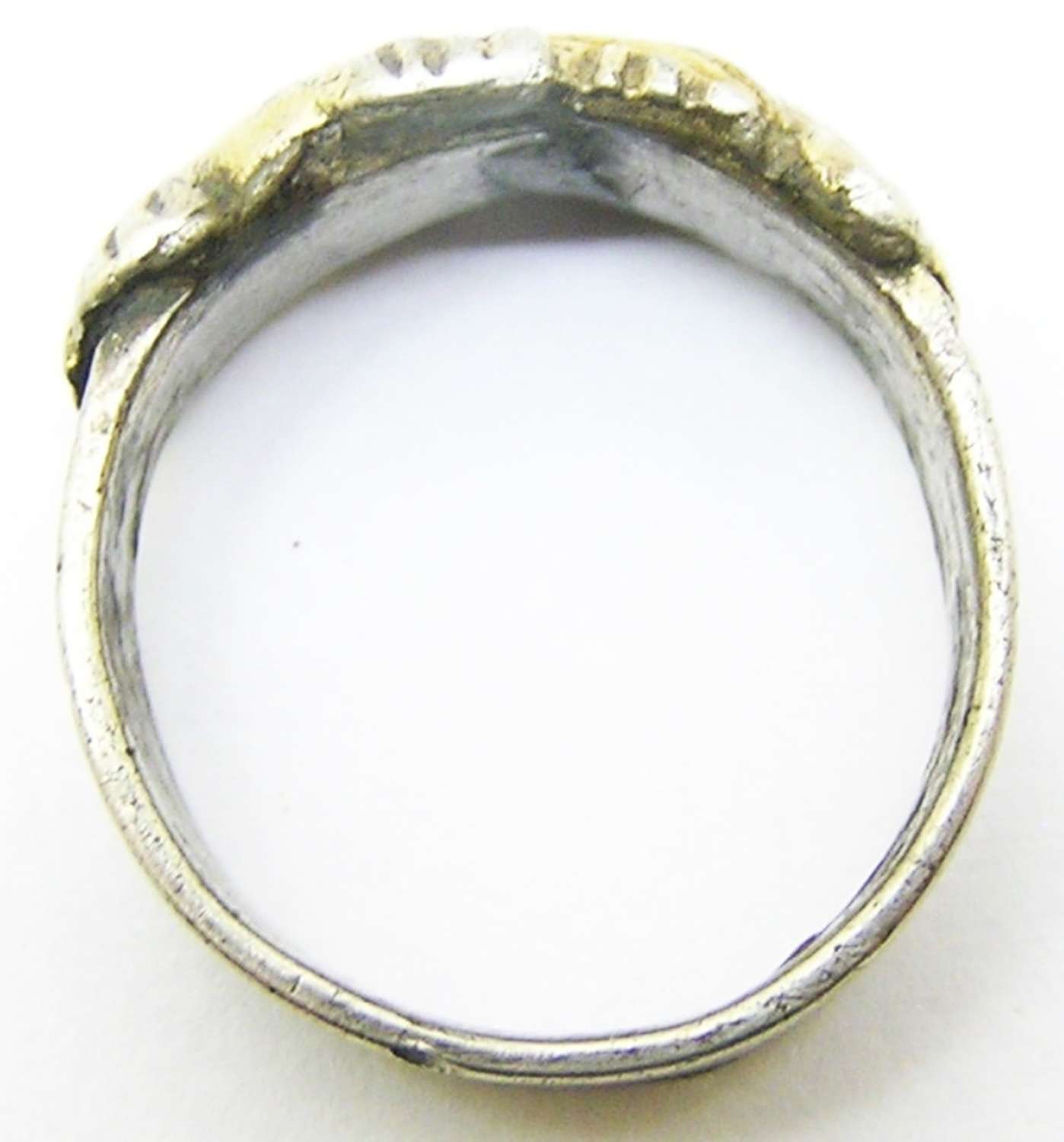 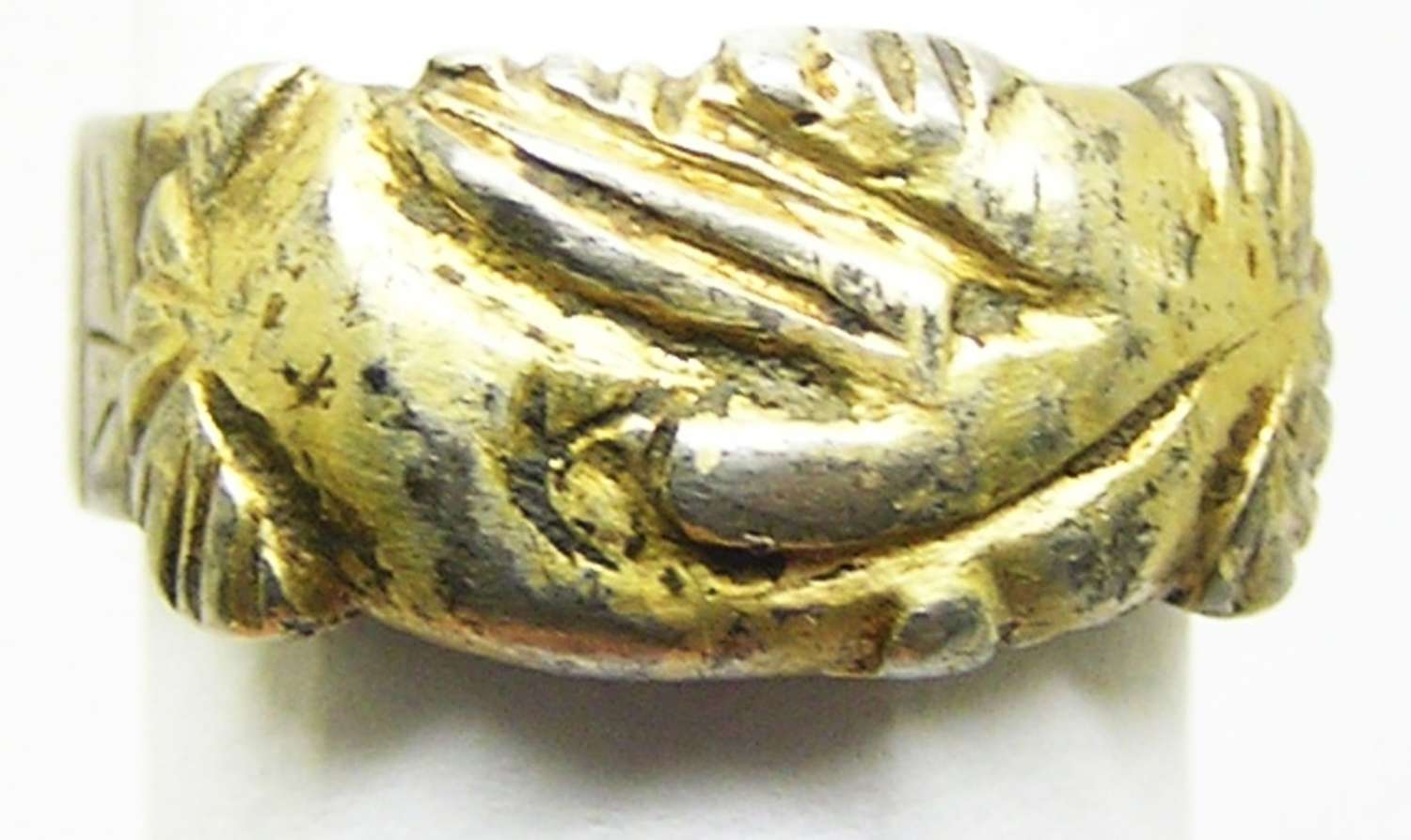 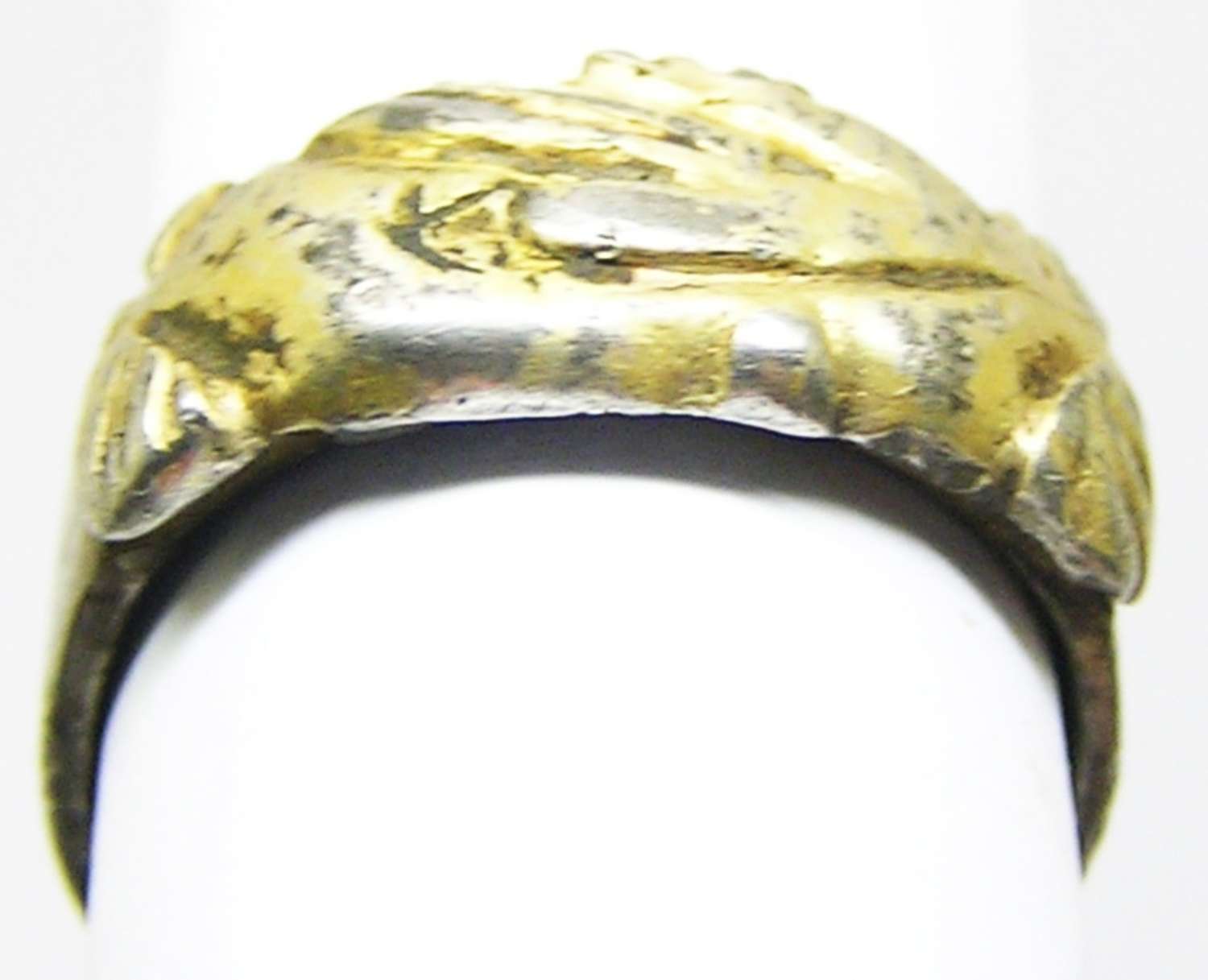 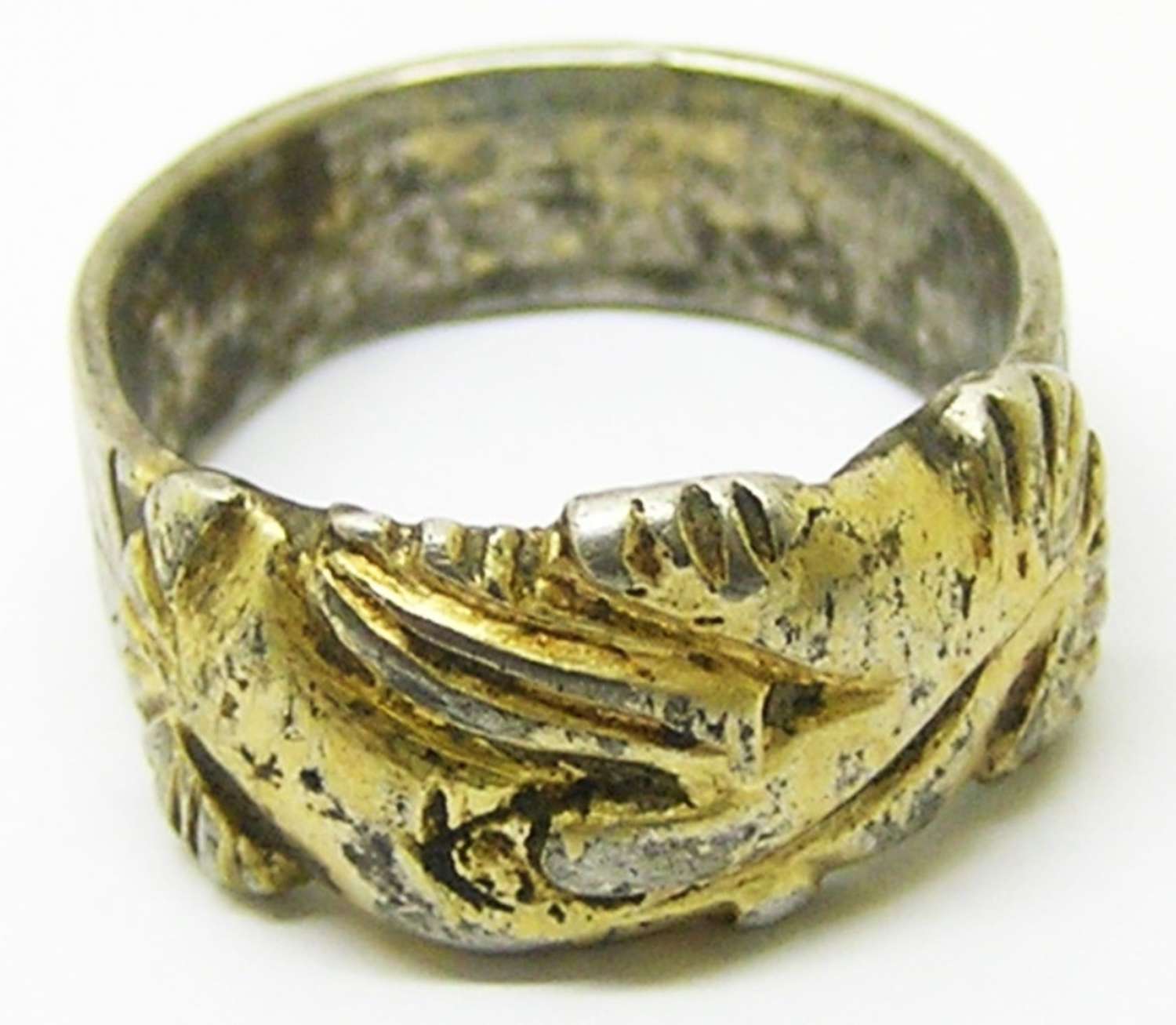