This is a medieval silver groat (four pence) of King Henry VI, minted in Calais between 1430 - 1431 AD. It is from the  Rosette-mascle issue. This coin would have circulated within France and England in the same year Joan of Arc was captured, tried, and executed in Rouen.

A nice example of this groat struck at Calais. Mintmarks cross patonce/plain cross, mascles after REX and before LA. Lightly worn and reasonably well detailed but slightly off centre. I would grade this coin About Very Fine (Sheldon EF45) 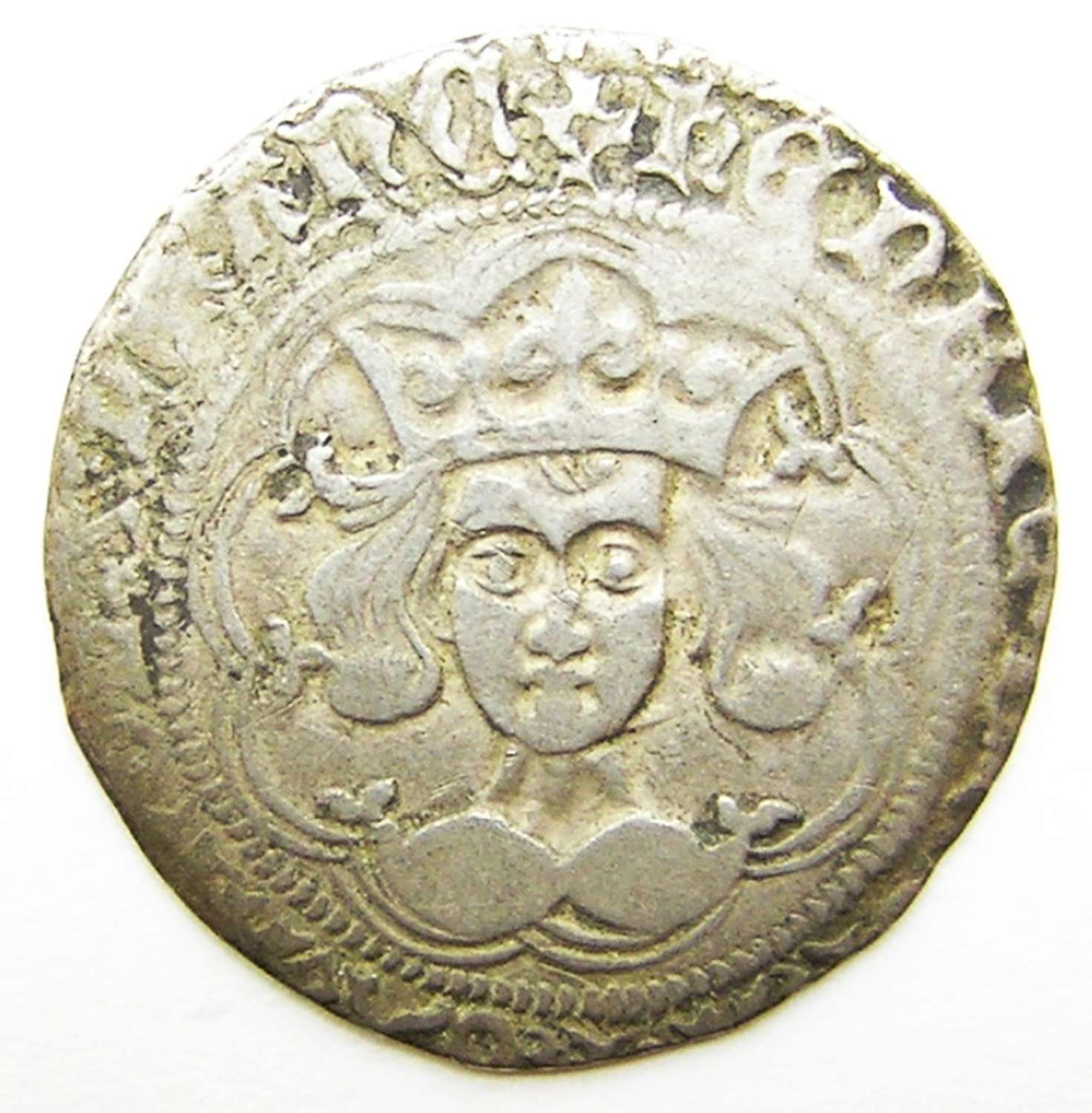 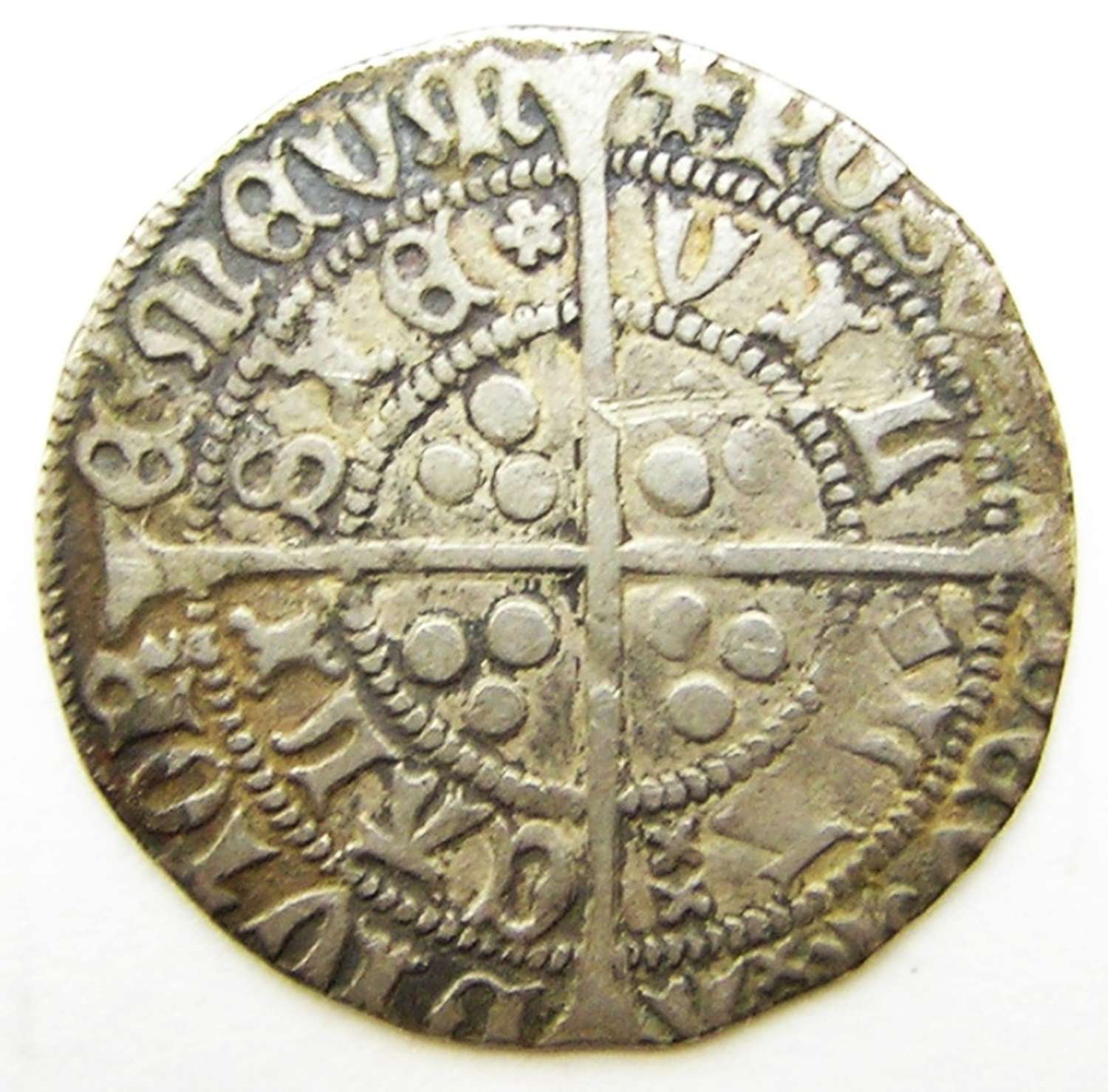 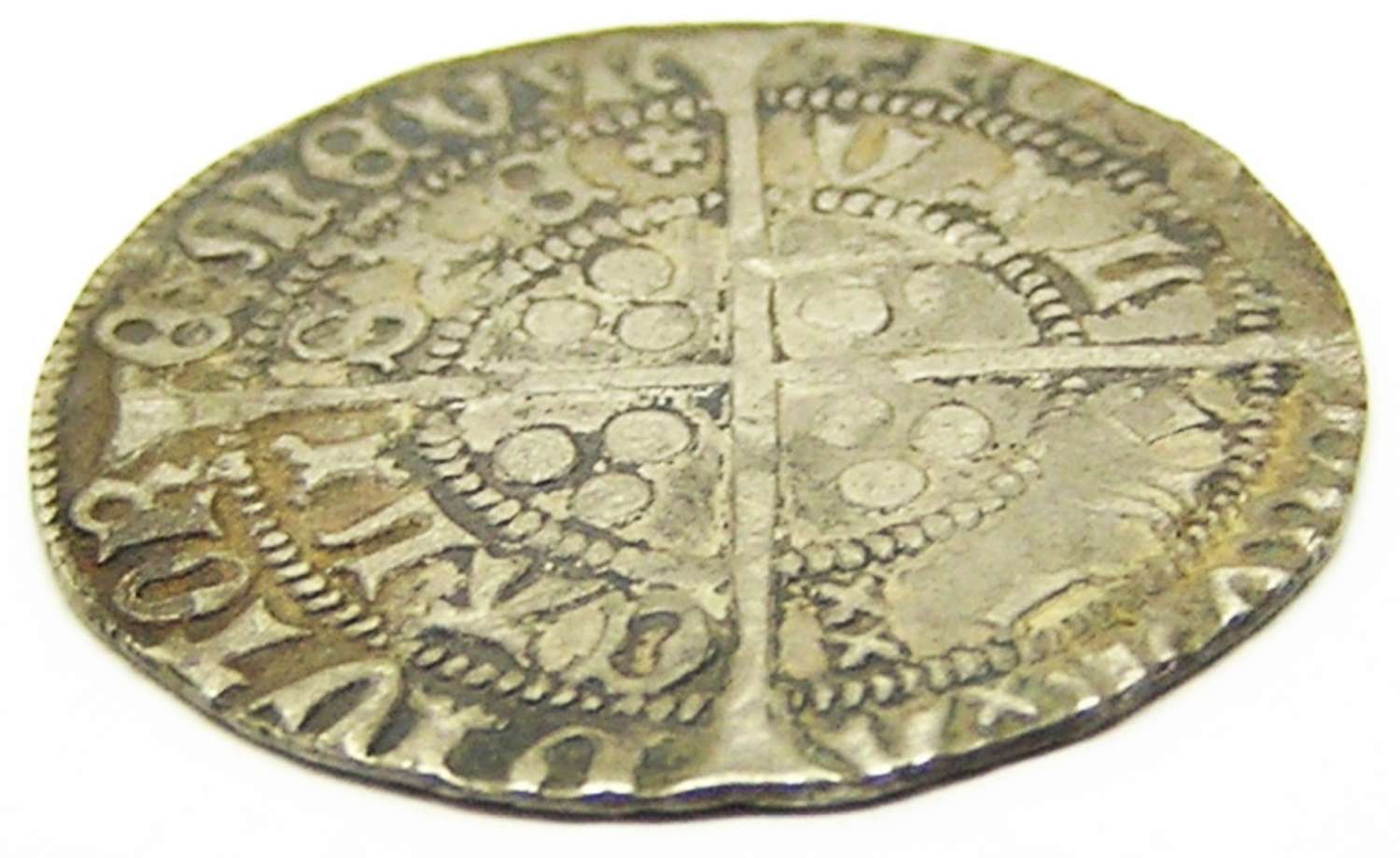 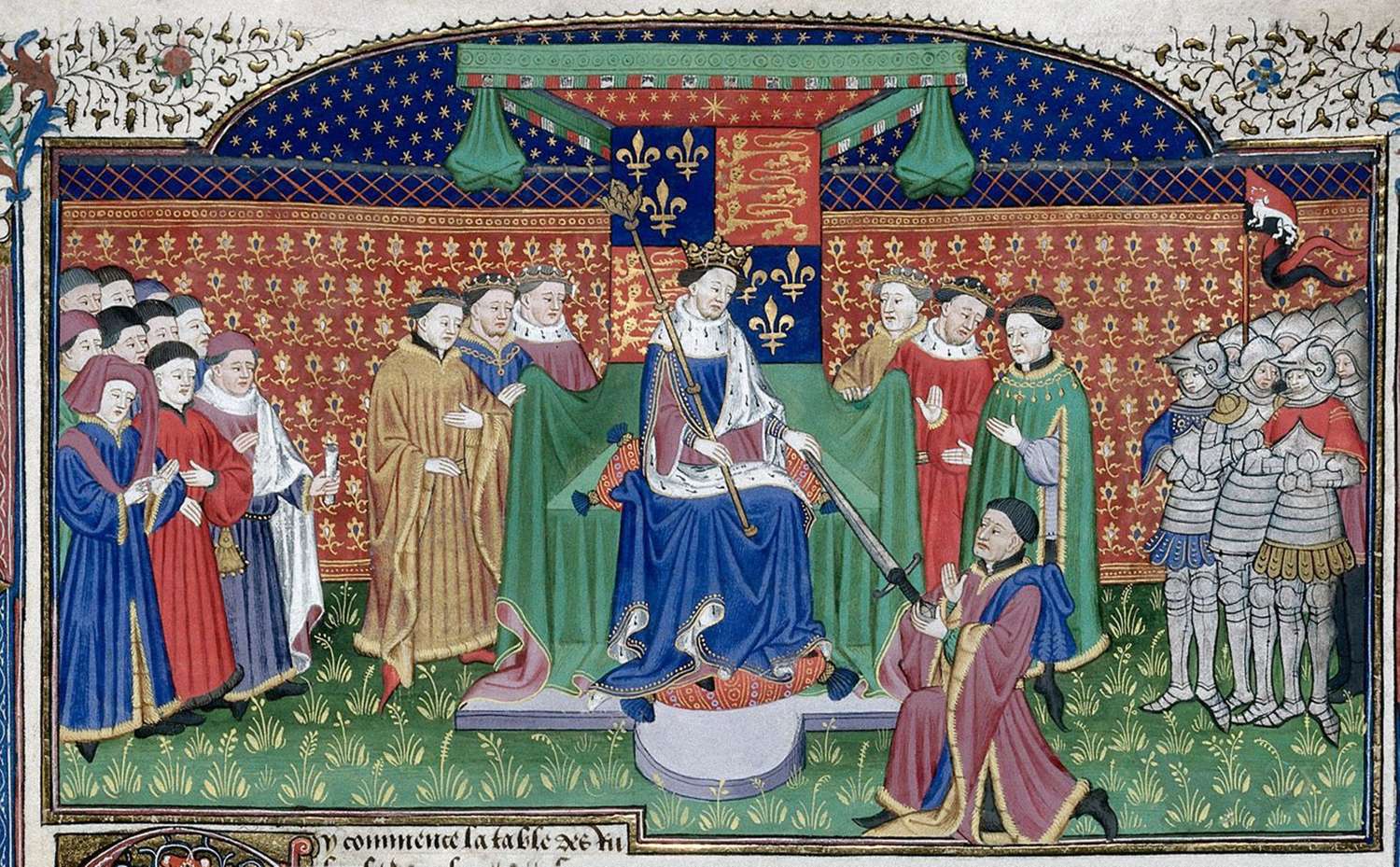