This is an ancient Roman Æ orichalcum Sestertius, of Emperor Gordian III, minted in Rome between 240 - 243 AD

The reverse depicts Laetitia, the Roman goddess of gaiety. Her name was used to mean happiness with prosperity and abundance, a nice deity for a coin! 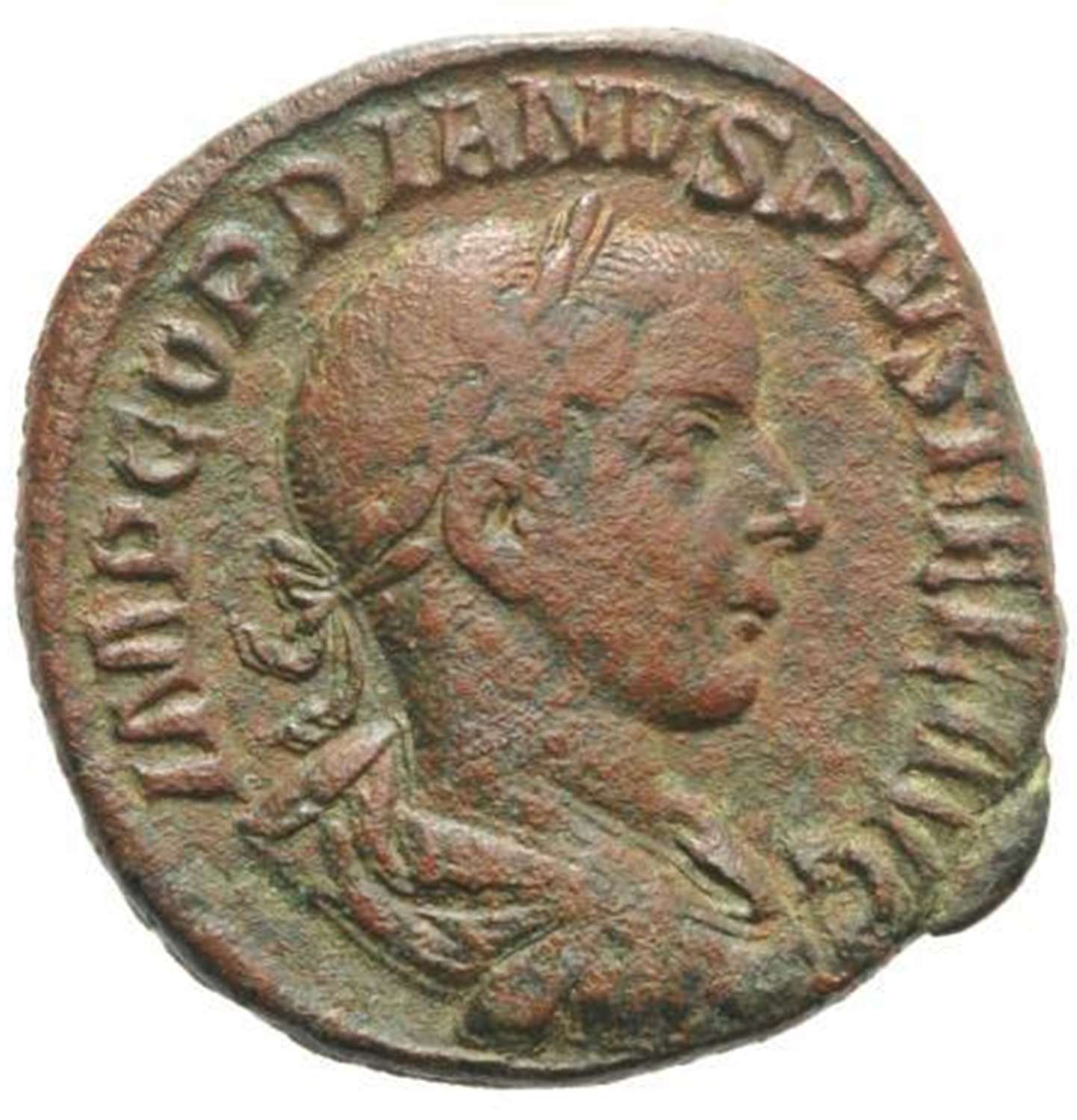 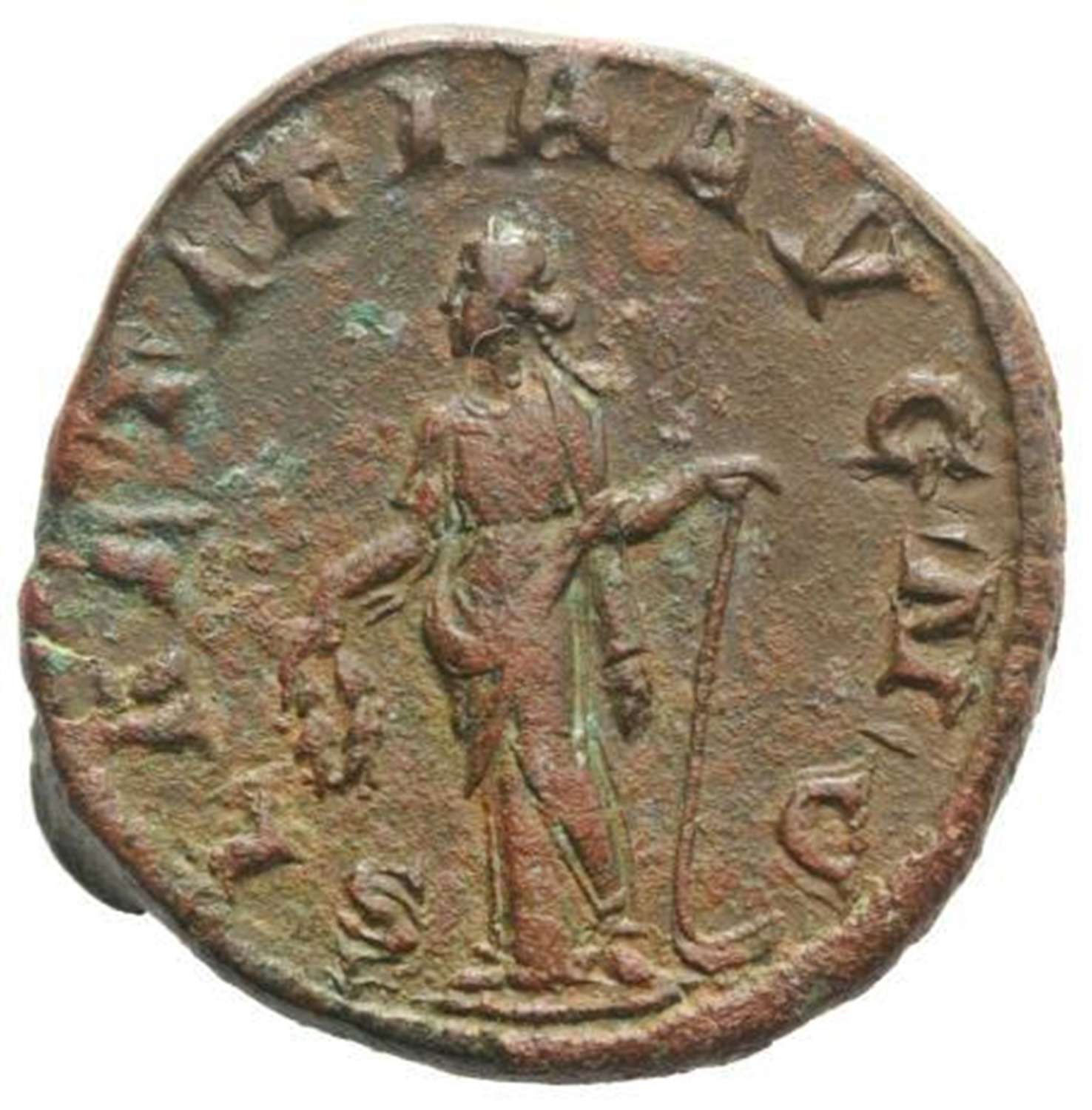 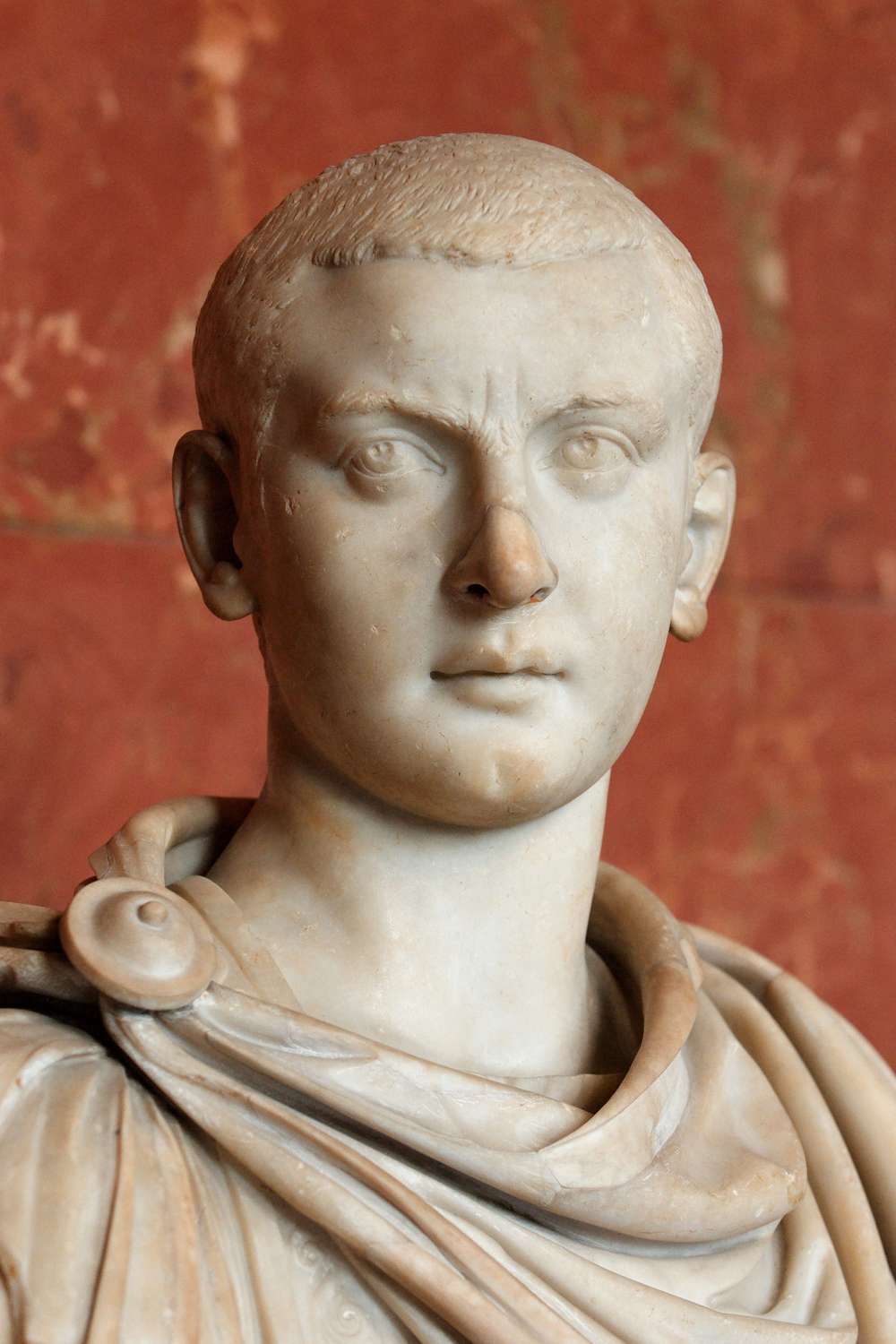