This is an ancient Roman silver denarius, of Emperor Hadrian, struck in Rome between 125 - 127 AD

Reverse:  COS III, "Consul for the third time" Neptune, naked except cloak over right thigh, standing left with foot on prow of ship, holding trident and dolphin

A scarce reverse as Neptune is rarely depicted, this is a lovely example in at least VF condition 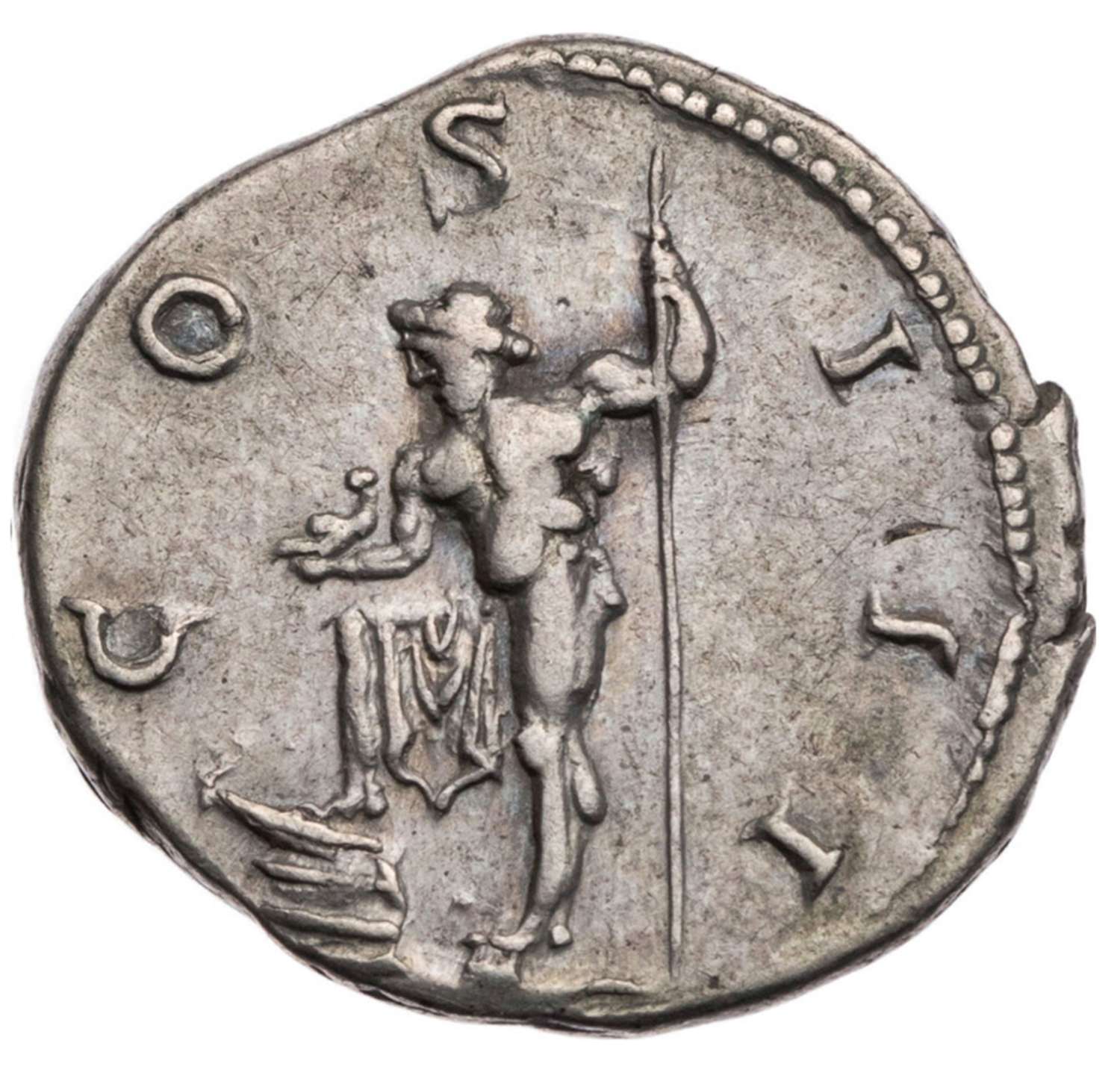 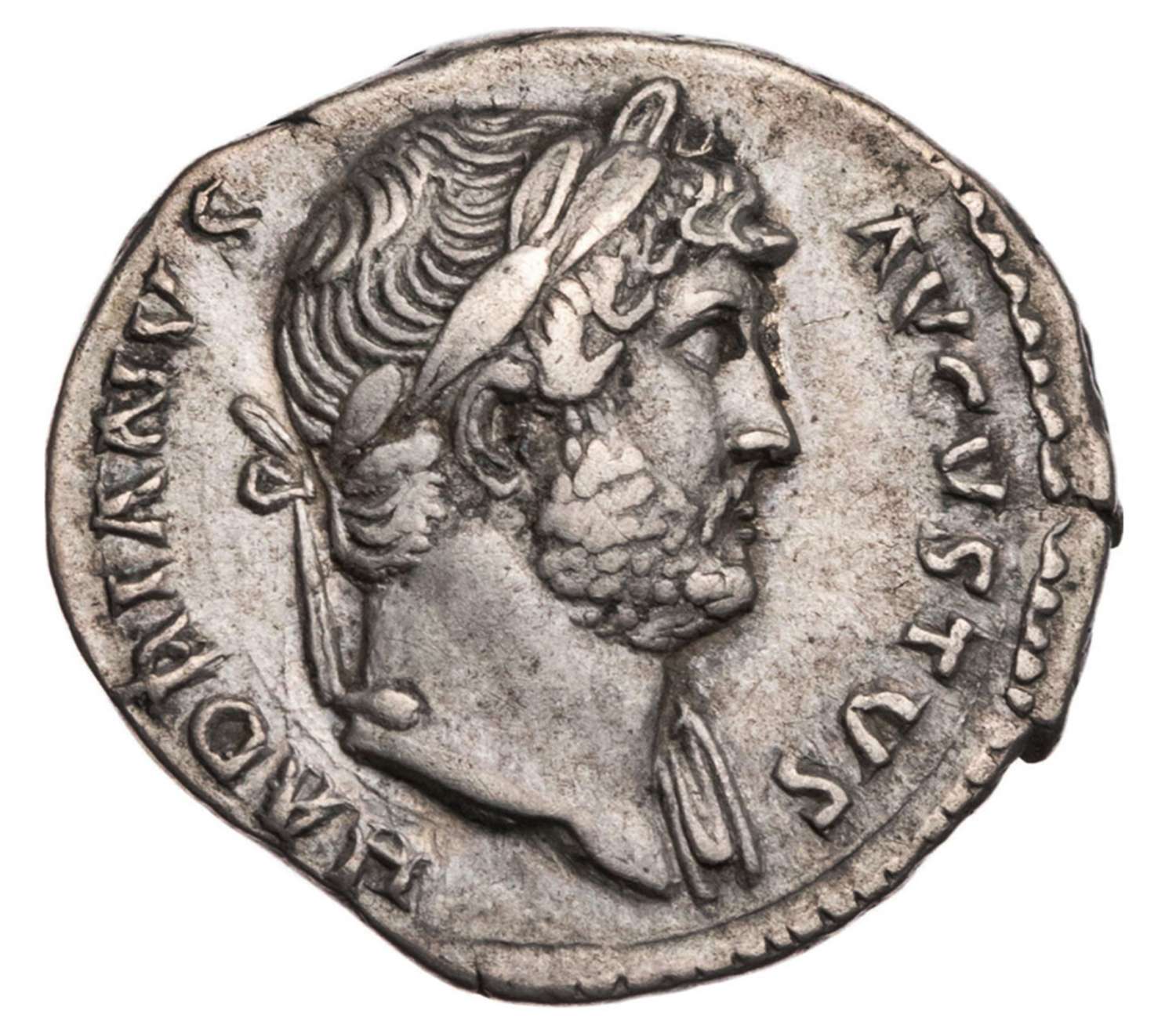 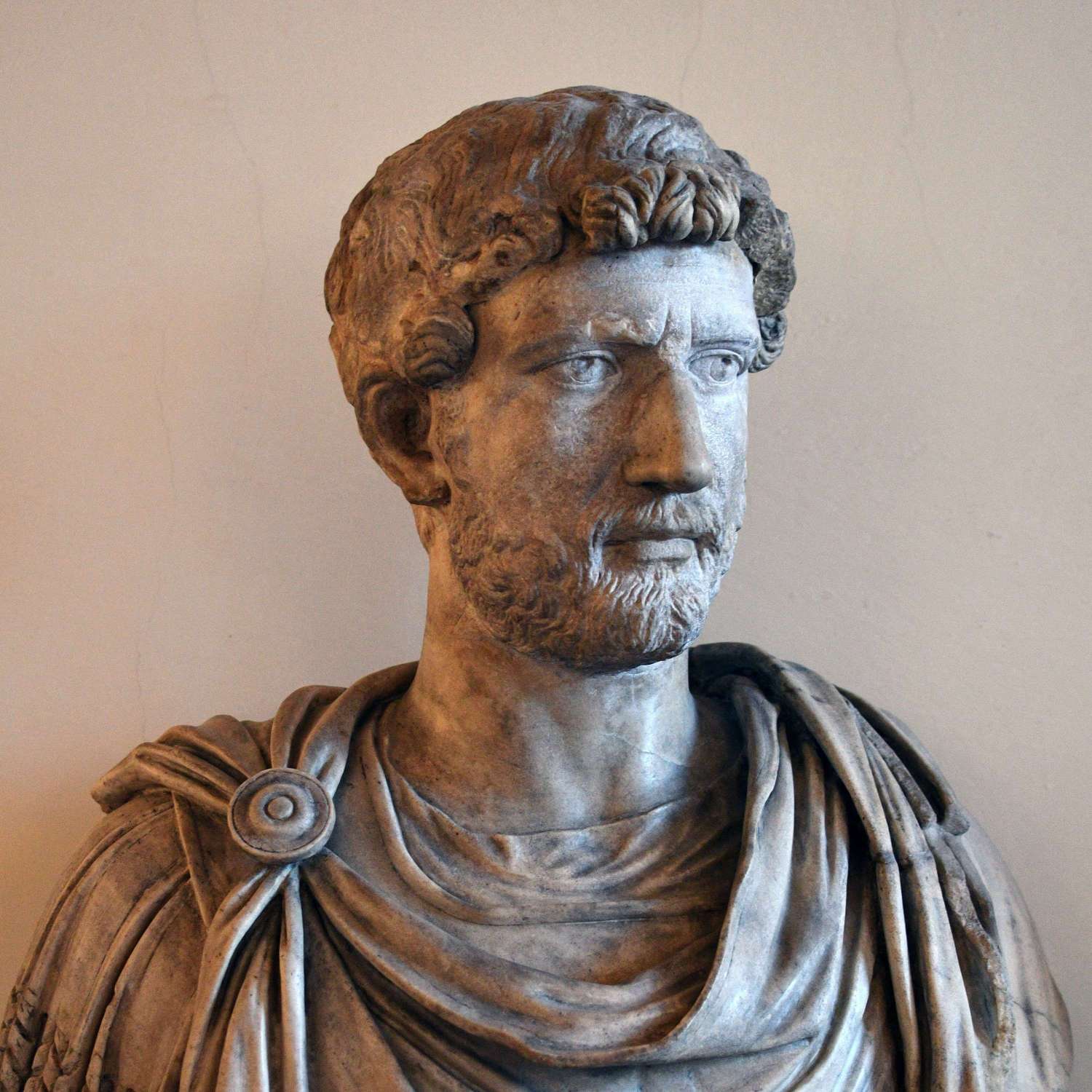