A Stuart Crystal Clasp, the emerald-cut rock crystal laid upon a hair work and wirework plaque, with initials centrally, in gold rubbed over settings. The clasp is in fair condition, there appears to be a repair to the fastening and a chip to the rock crystal. It fastens with a tongue and box catch.  The wirework appears to represent the initials J.C.M that could read as James Crofts Monmouth? For James Scott, 1st Duke of Monmouth who was also known as James Crofts. Monmouth lead the rebellion against his uncle King James II. After his execution for treason relics would have been secreted away and used as mementoes by his supporters as they had for his grandfather King Charles Ist. 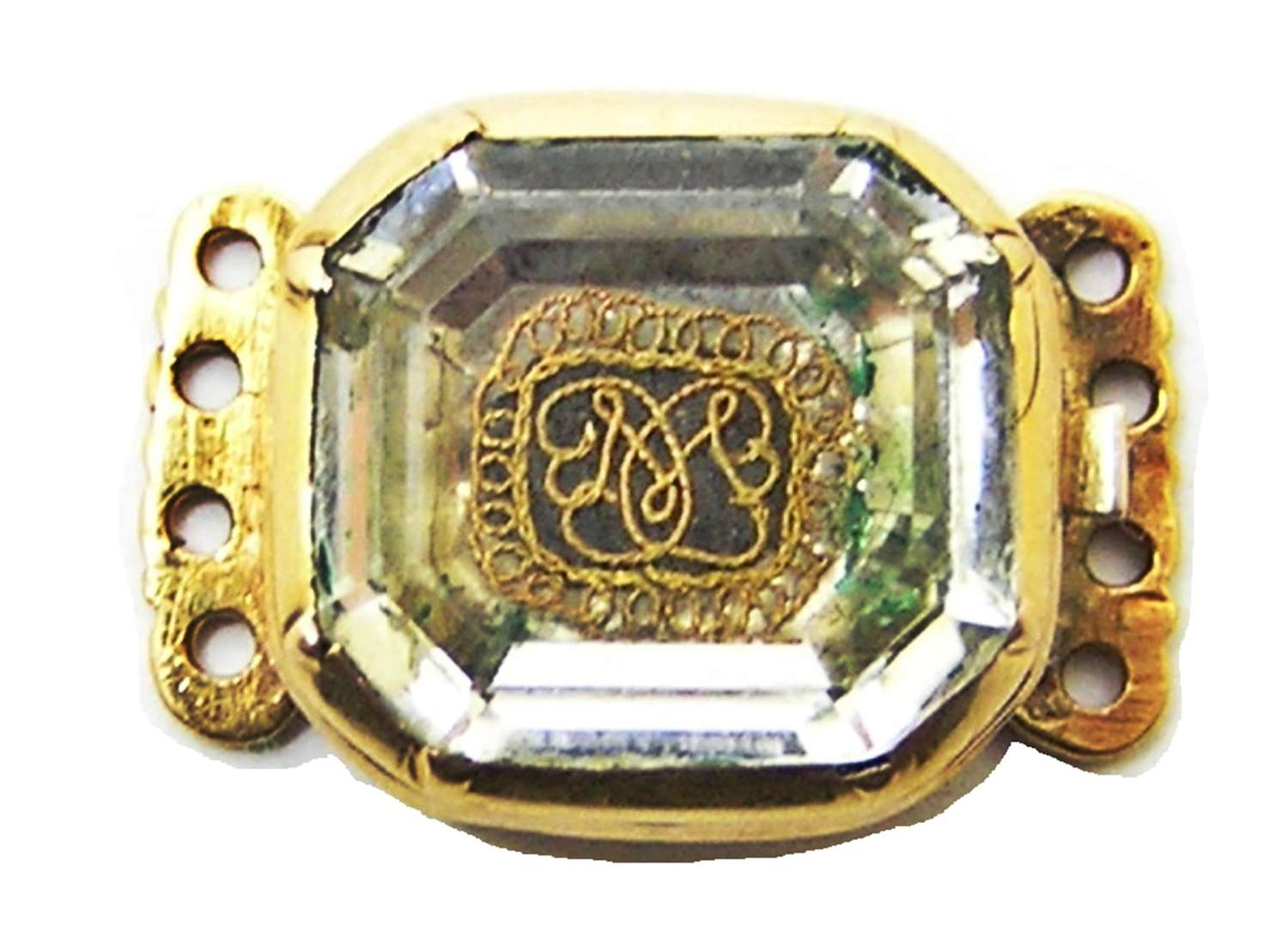 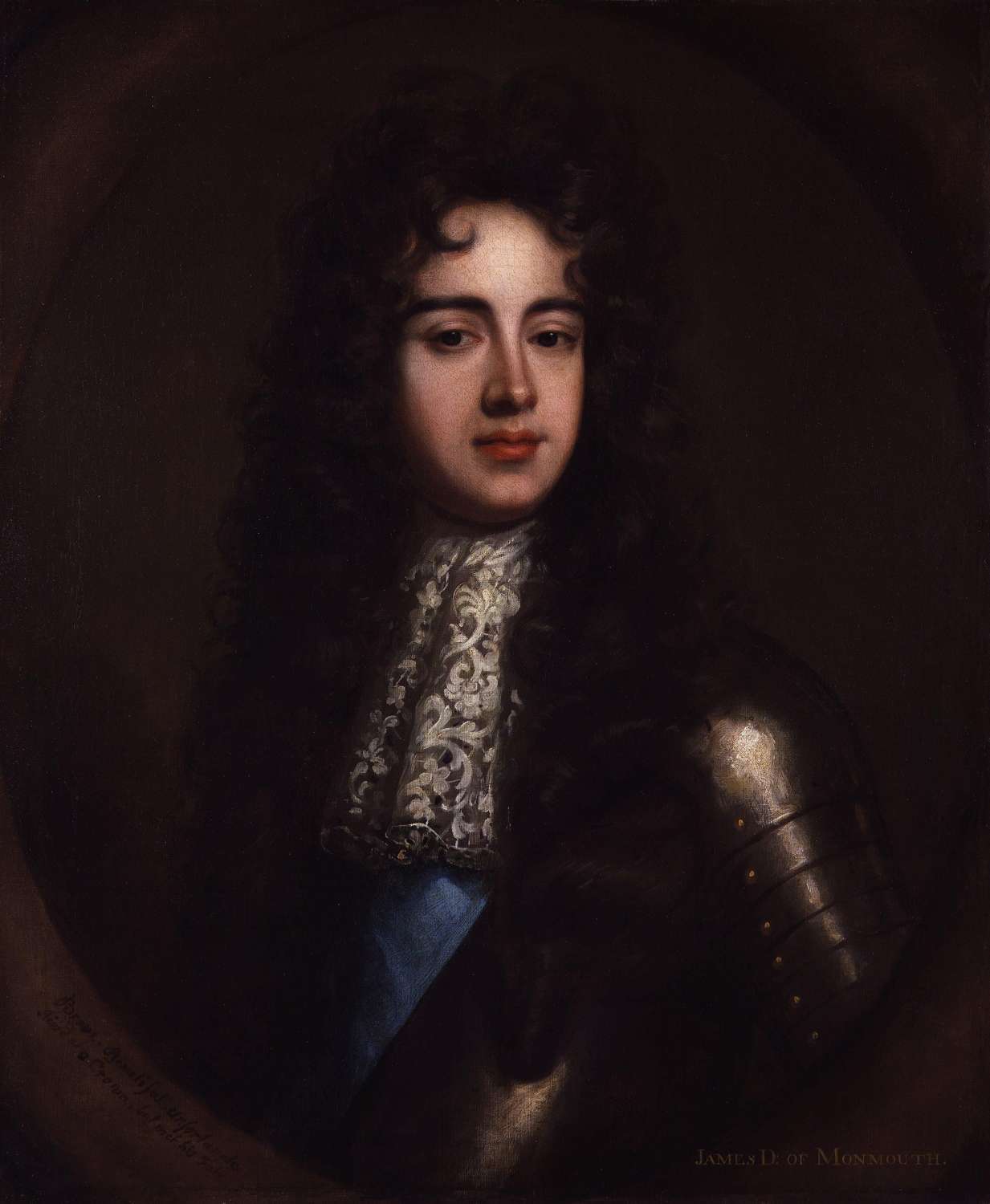 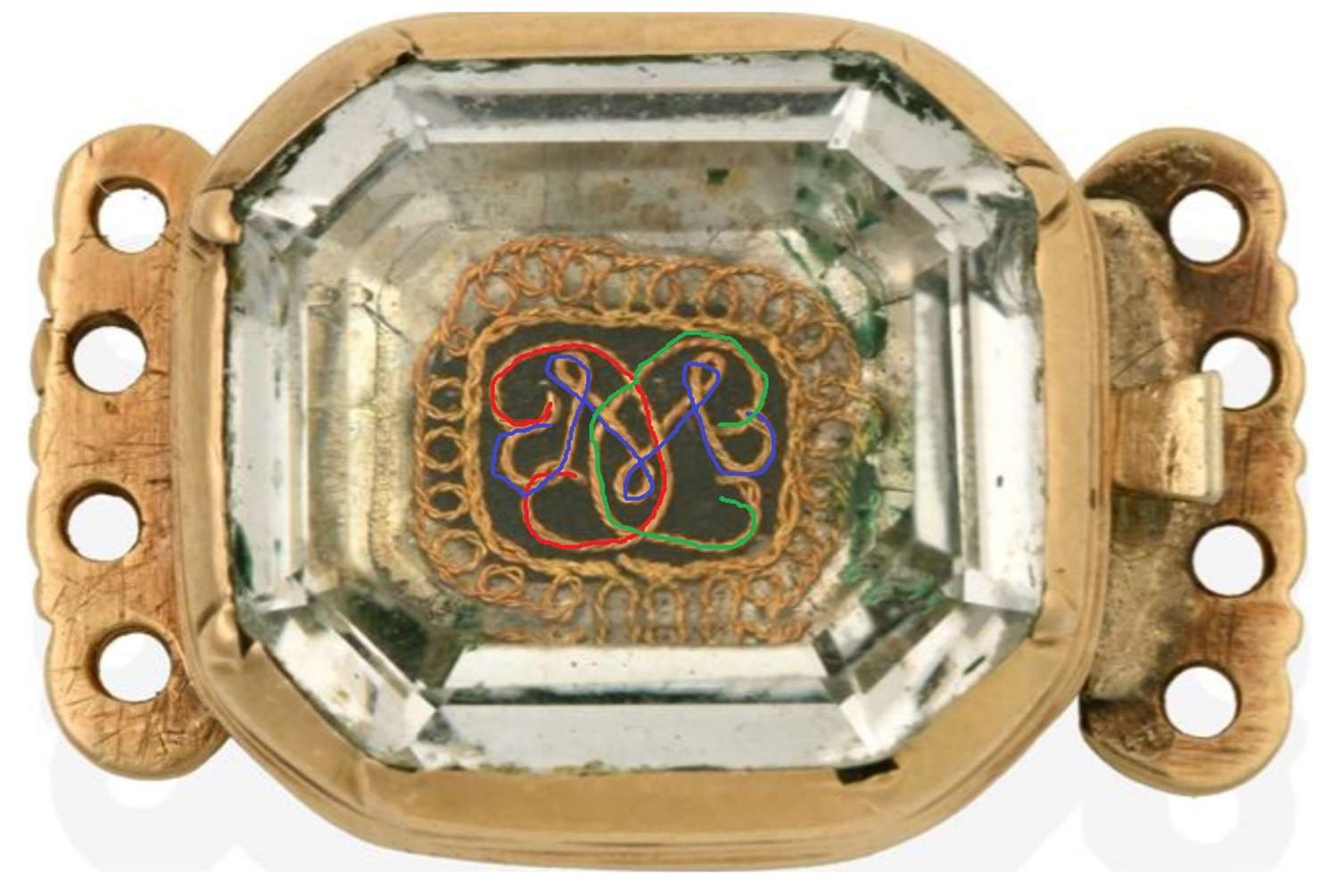 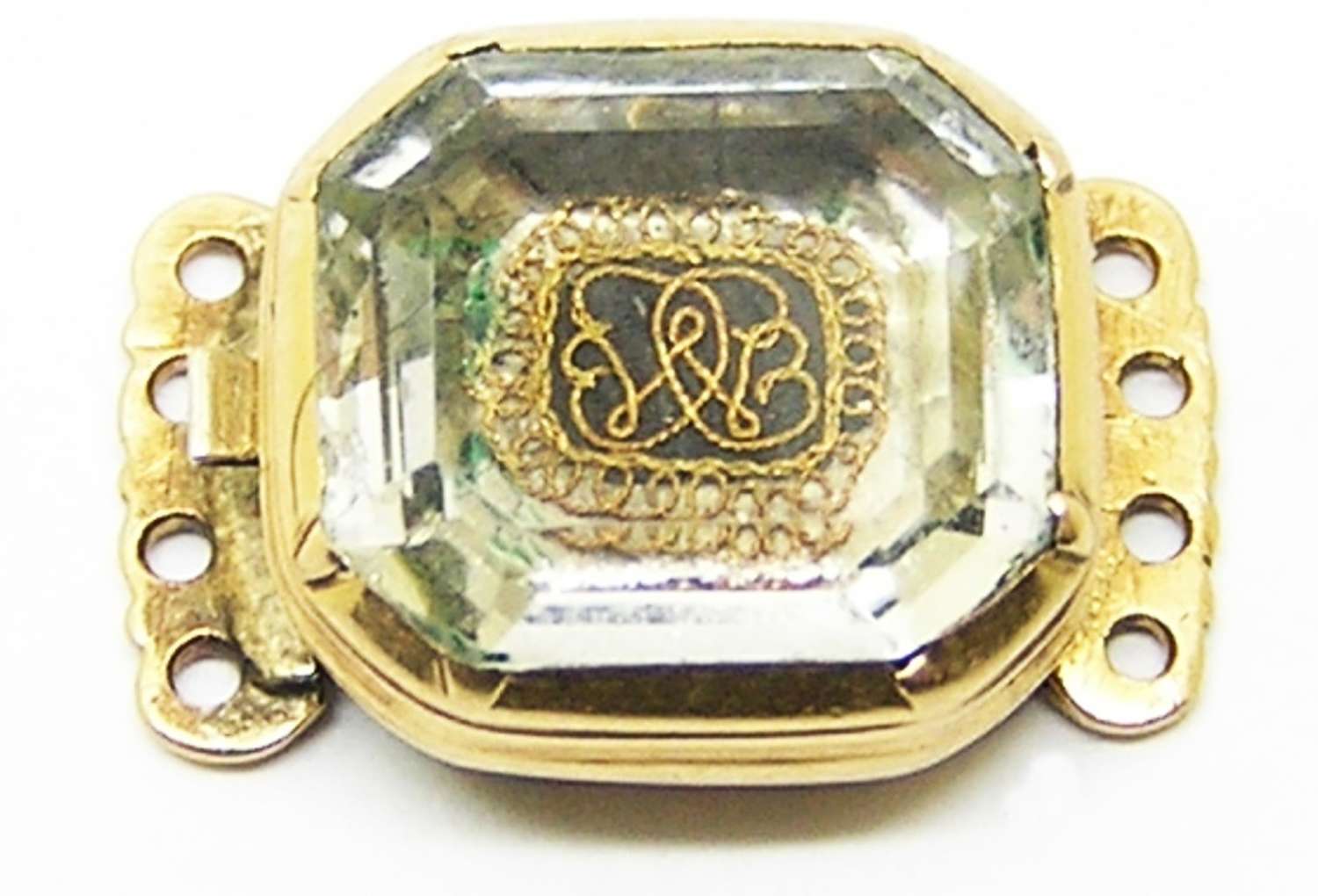 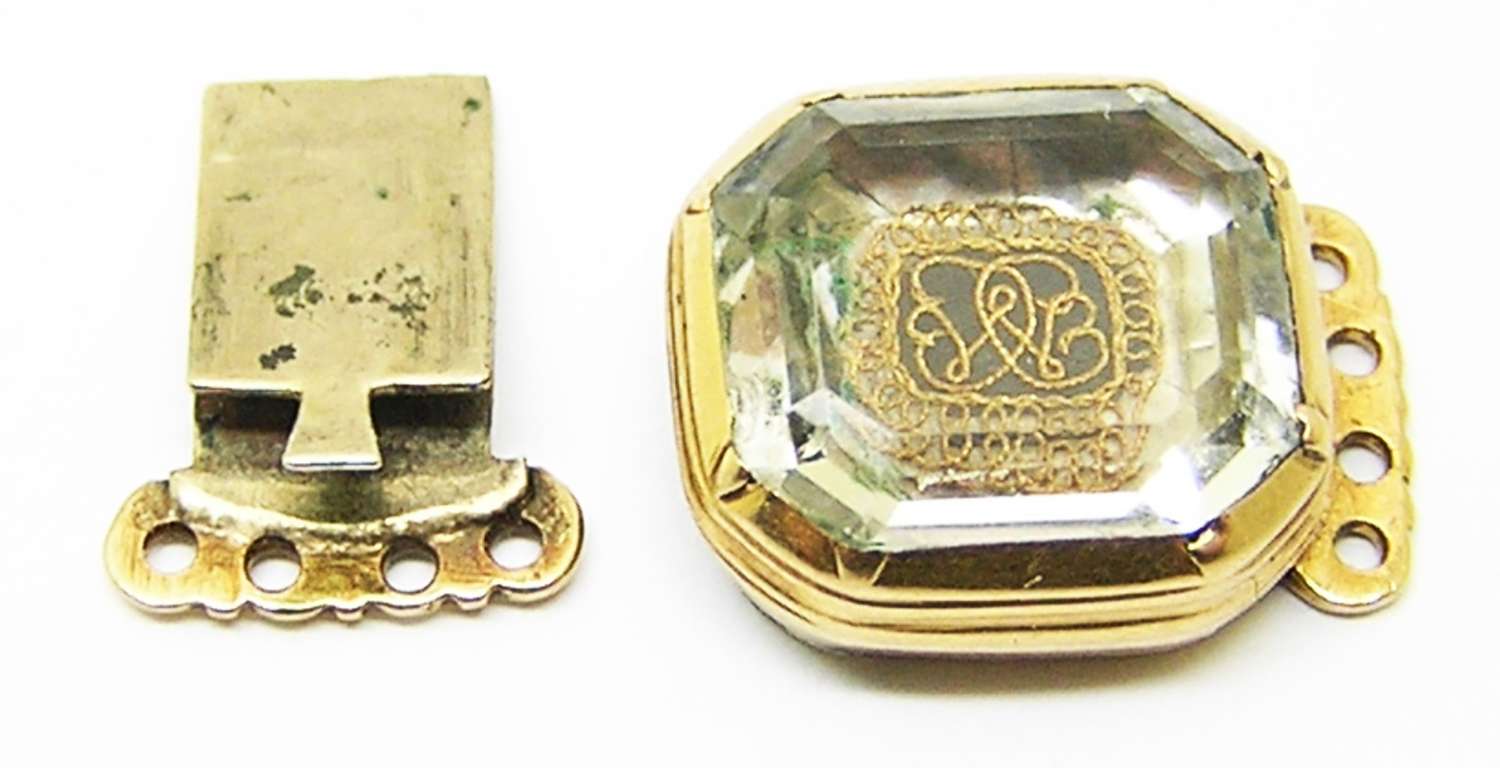 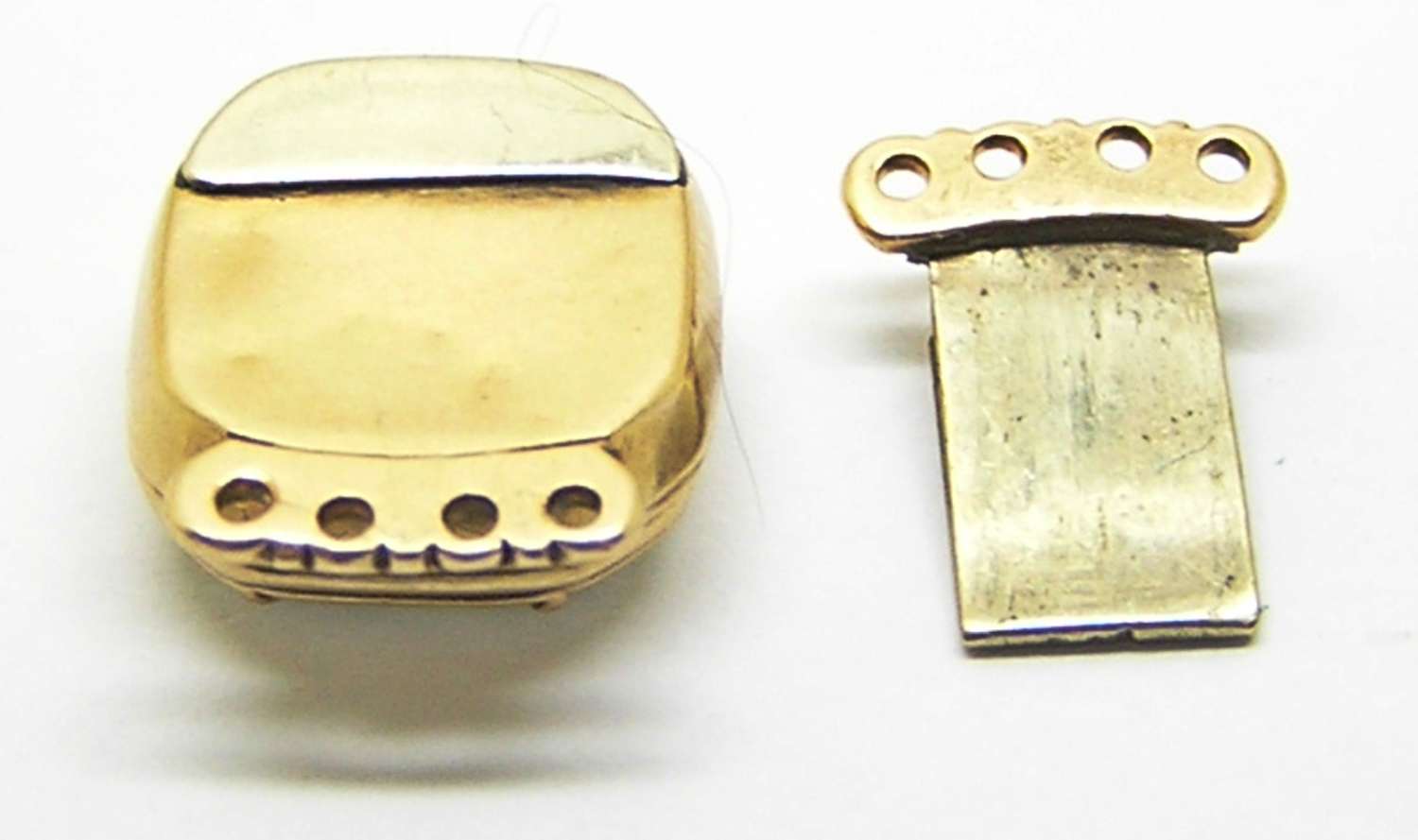 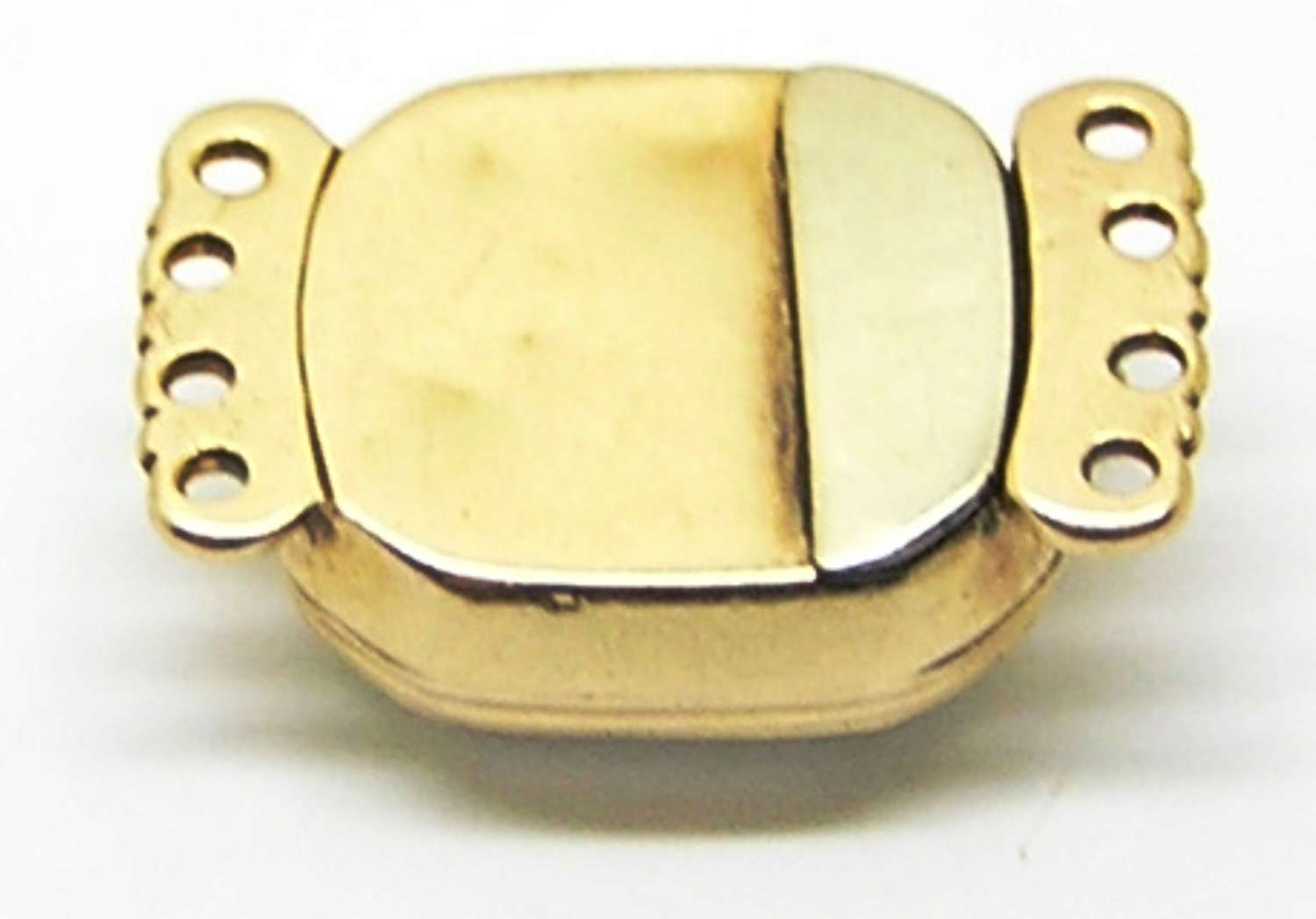