This is an ancient Roman gold solidus of emperor Arcadius dating to 383 - 408 AD.

M-D either side for Milan and  COMOB in ex. * 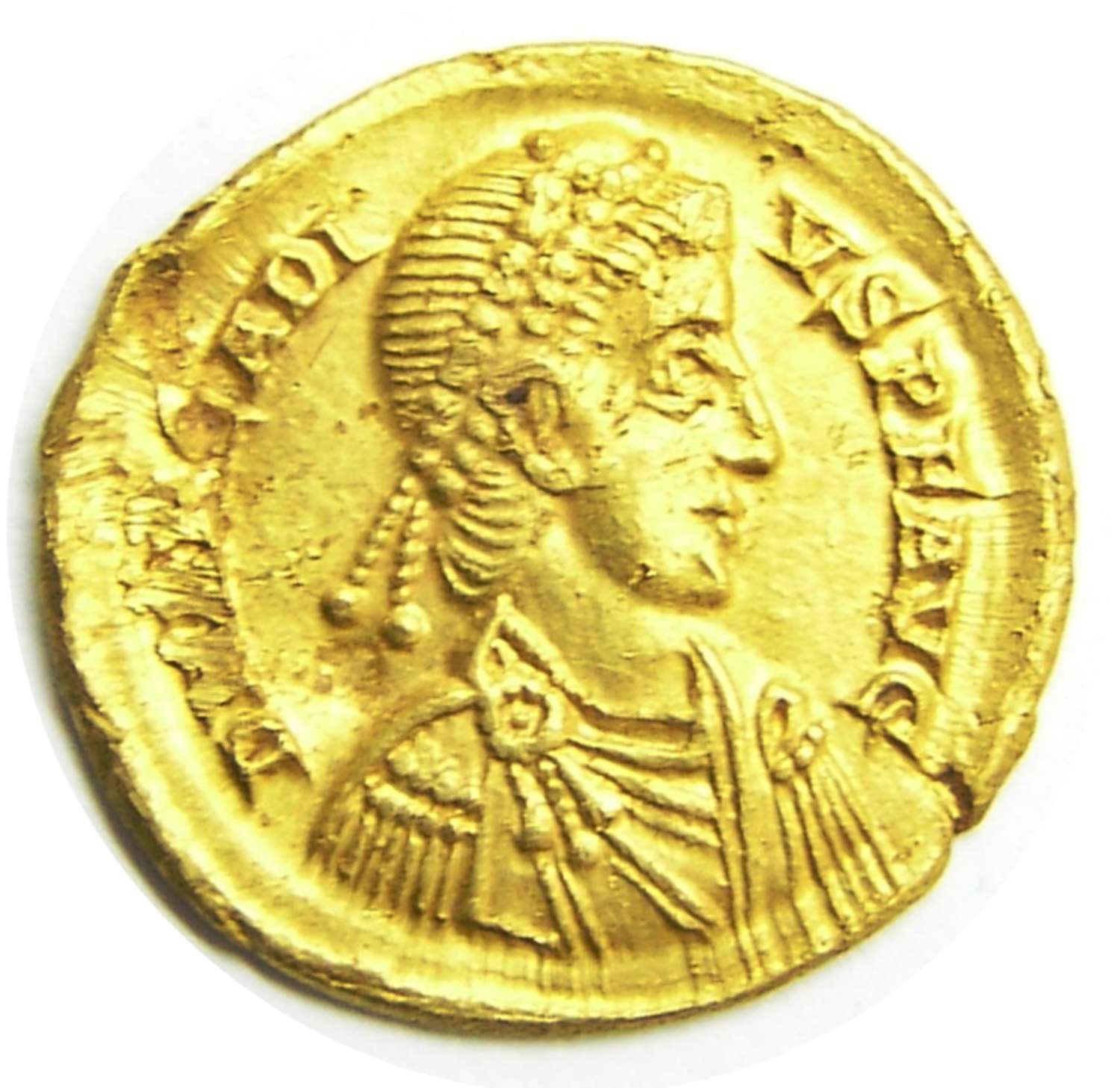 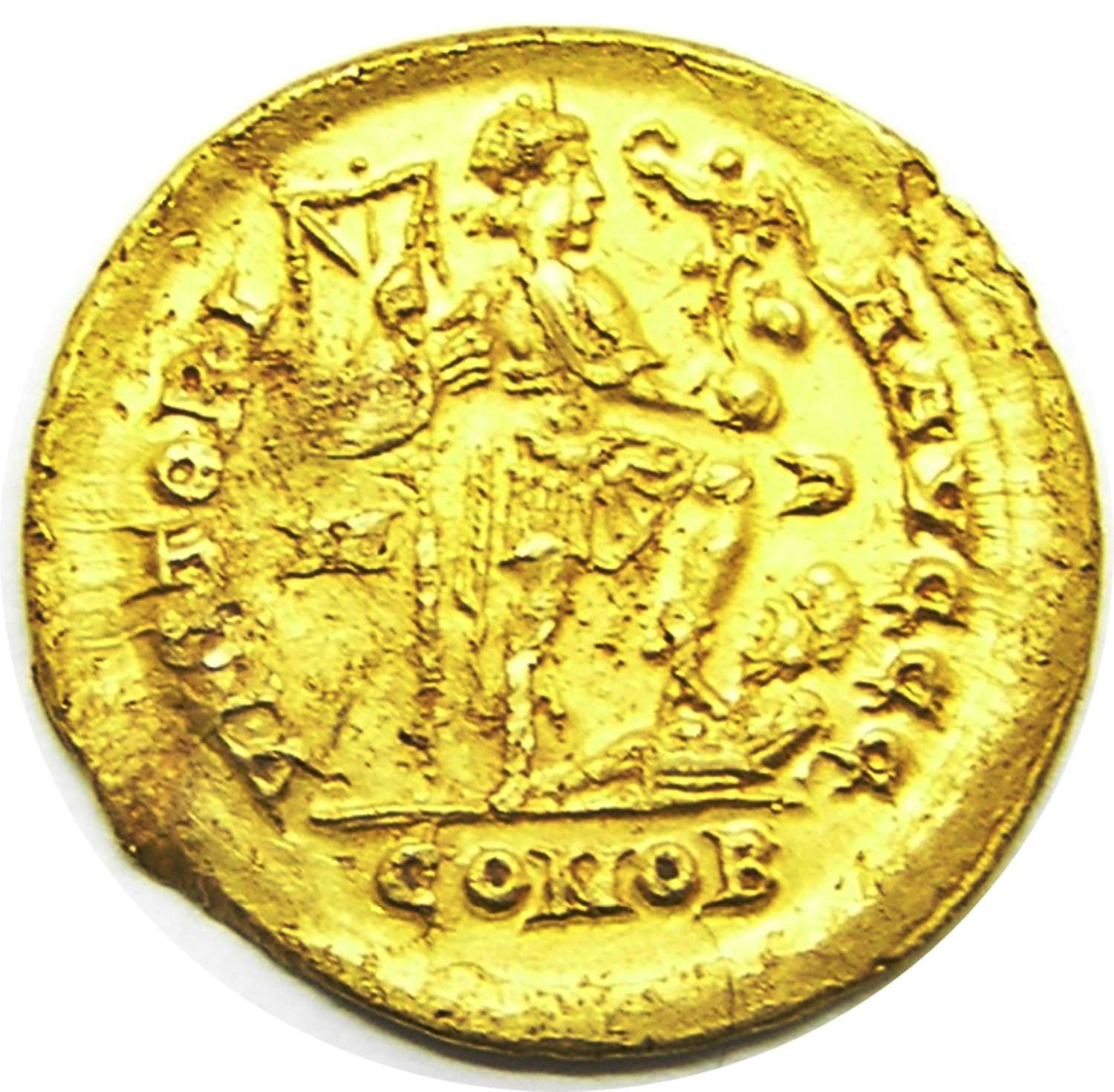 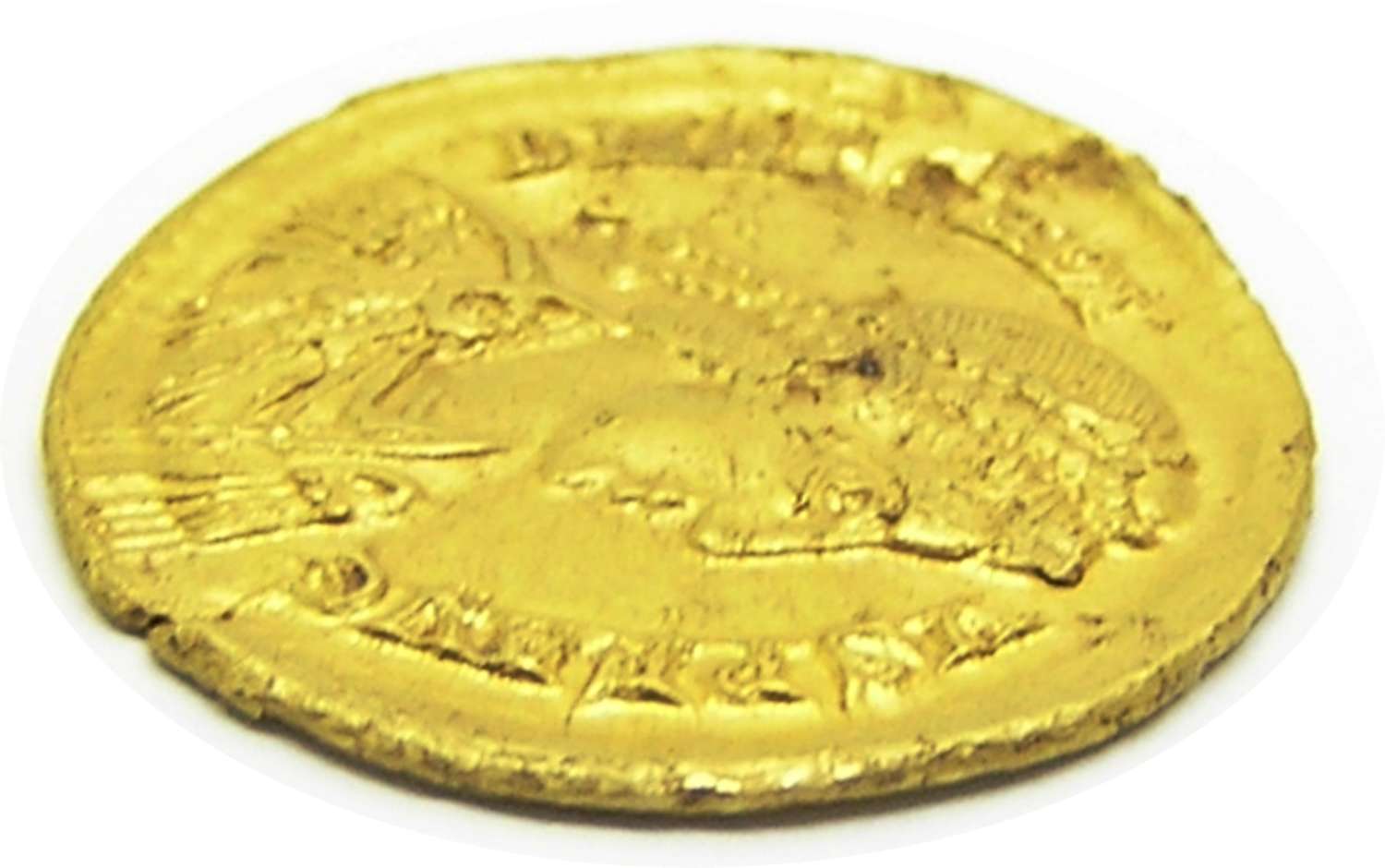 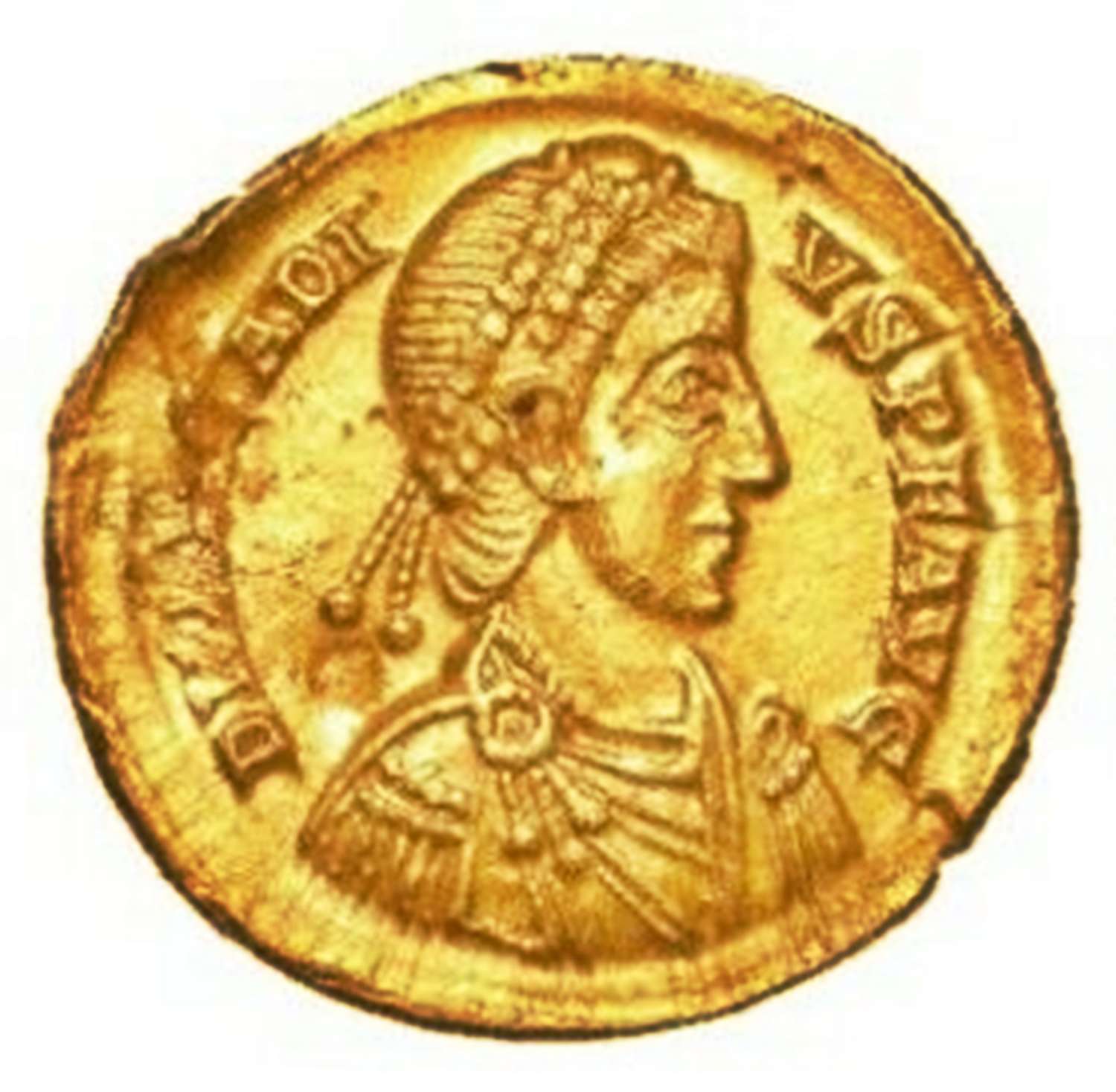 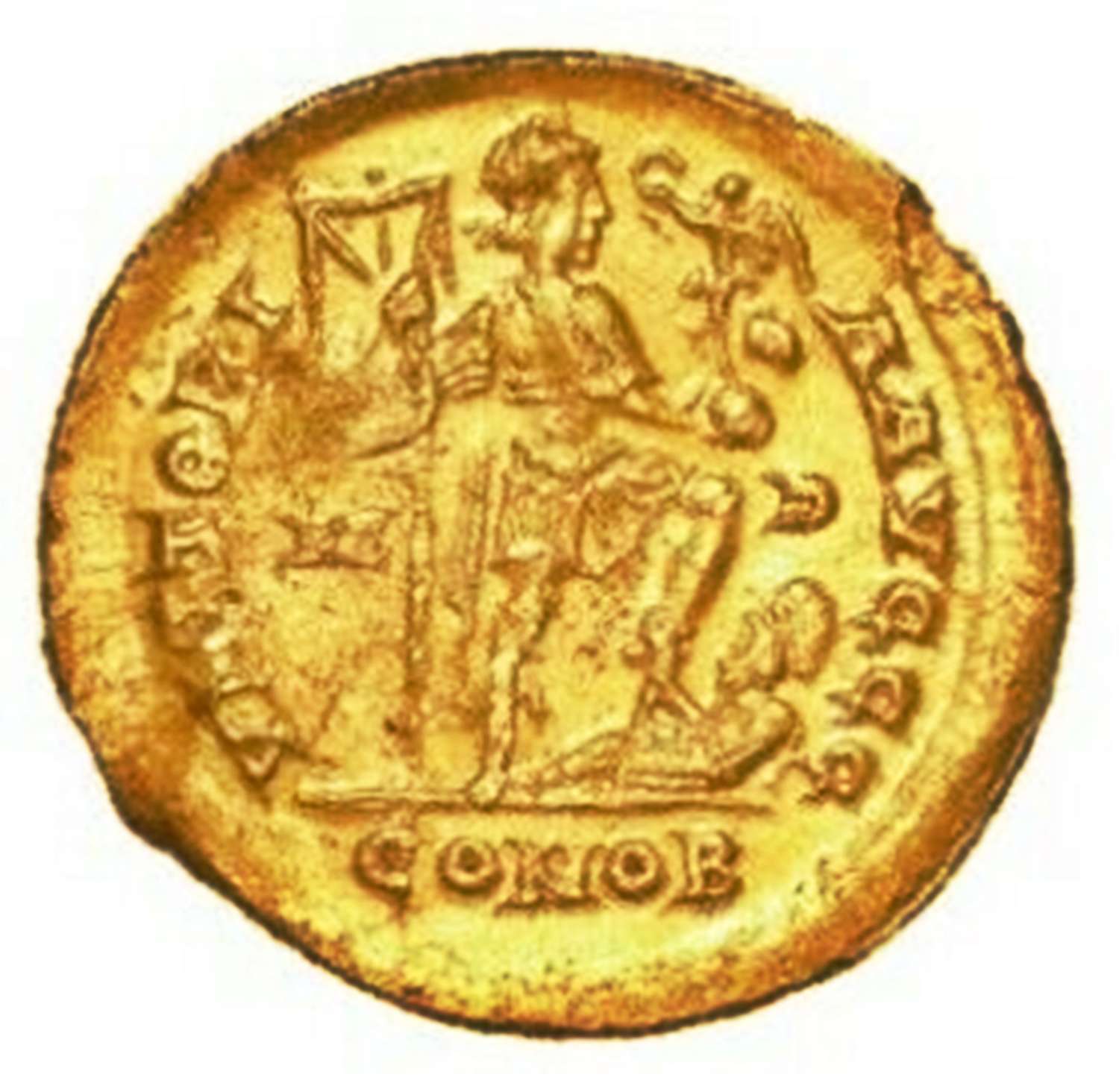