Reverse: VICTORIA AVGG "the Victory of Our Augusti" Valens and Valentinian seated facing, together holding globe, between them below: a palm branch; behind and between them: the upper portion of a Victory with outspread wings 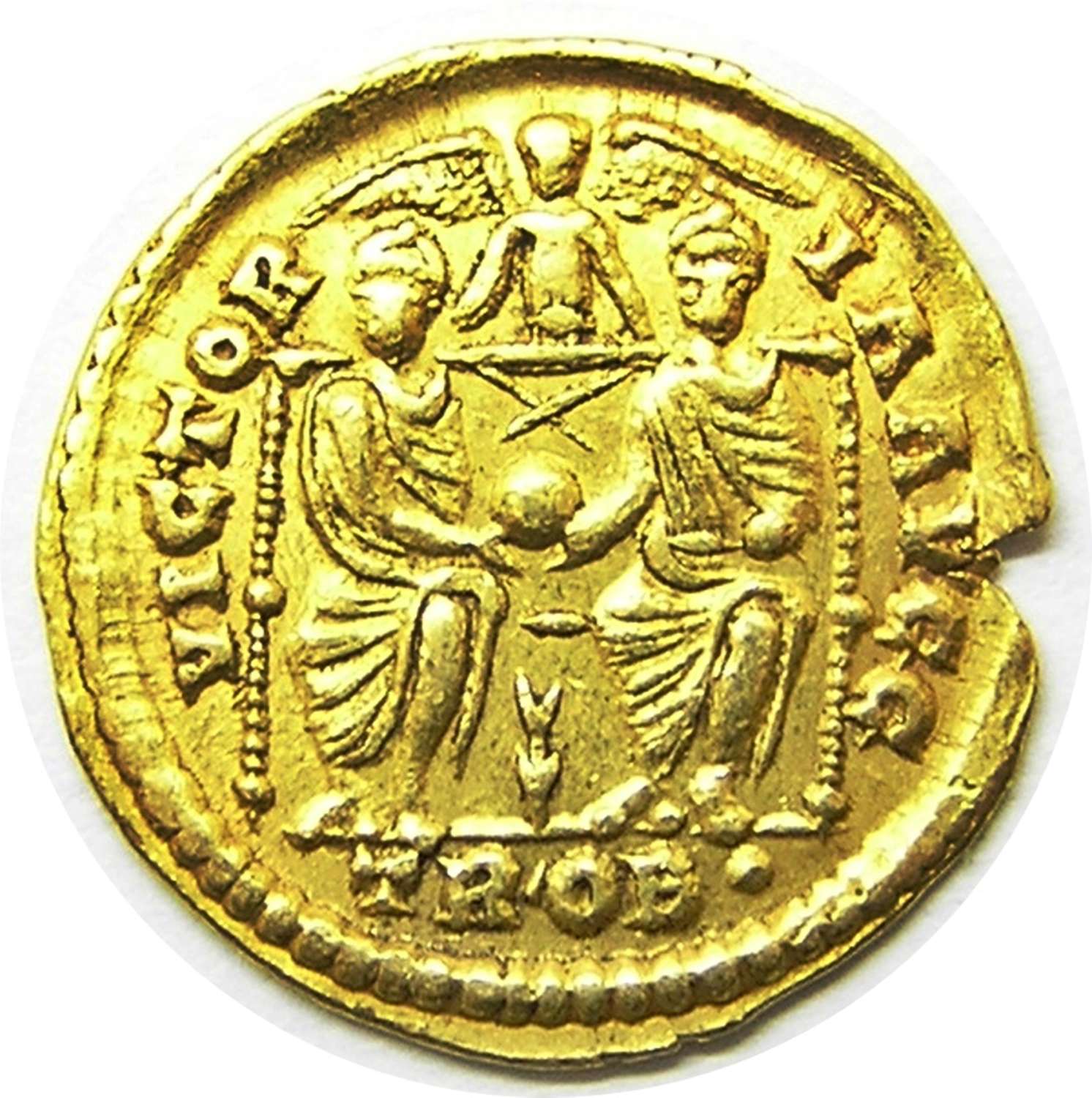 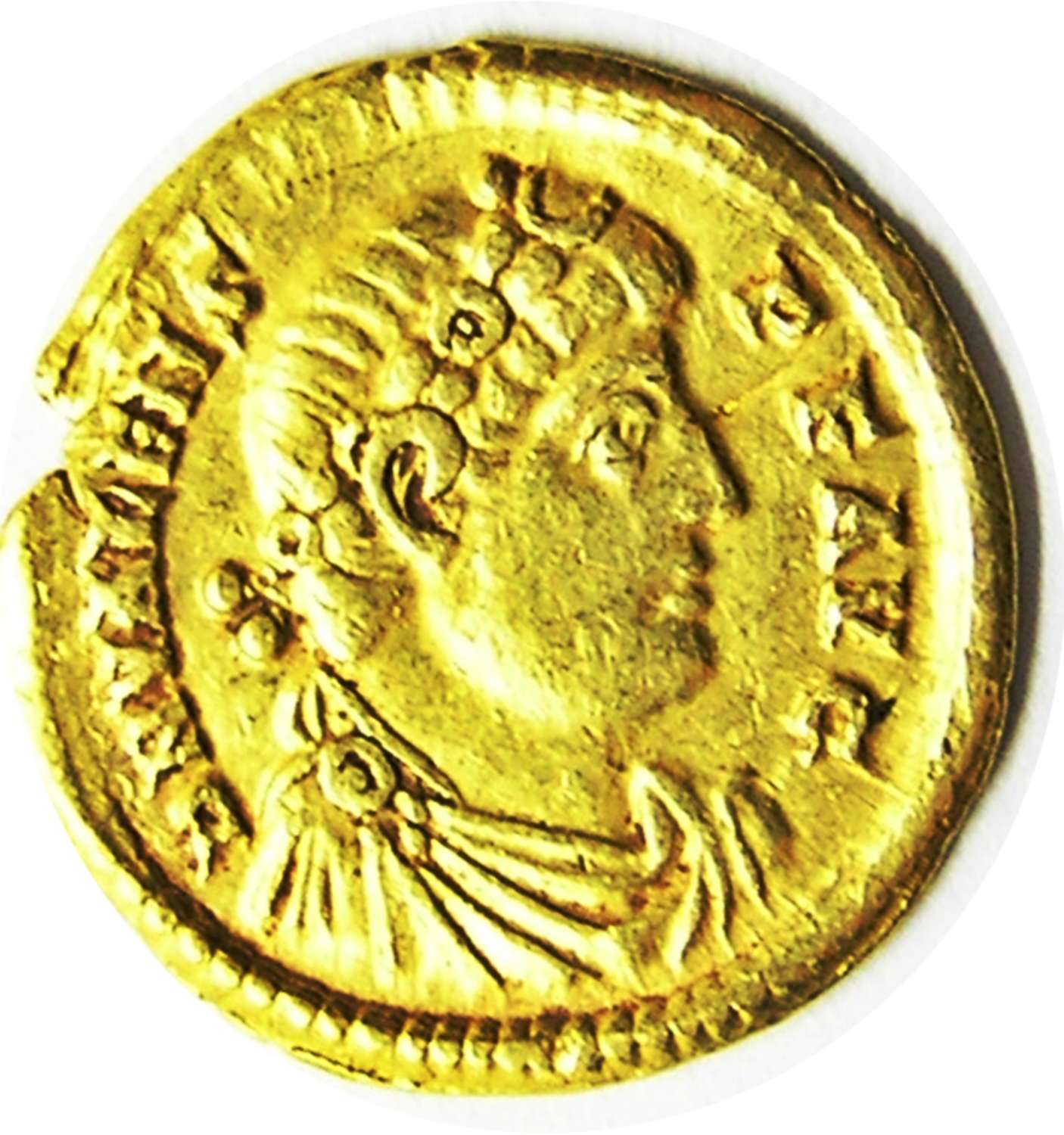 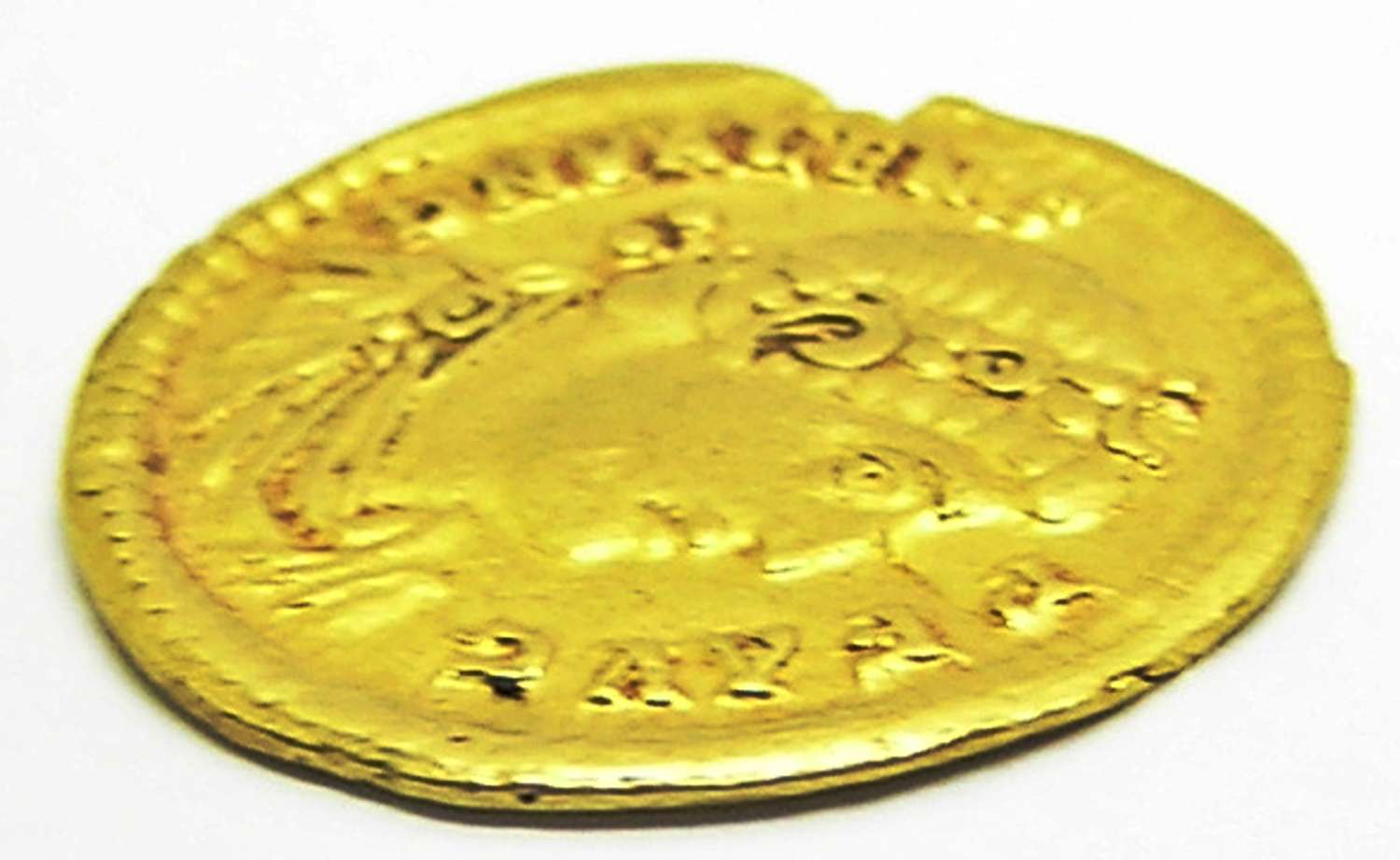